The Little Rock Convention and Visitors Bureau is returning to an old marketing slogan during its 50th anniversary year: “Big on Little Rock.” The slogan is the same as the one used by the LRCVB in the early-mid-1990s. After that, the slogan was “City Limitless.” Since 2013, it has been “Southern Accent.”

The new slogan was unveiled during a press event Feb. 27 at the Statehouse Convention Center by LRCVB President and Chief Executive Officer Gretchen Hall. She along with other event organizers showed off the slogan on T-shirts and other memorabilia. She said the LRCVB had run the “Southern Accent” campaign for several years and did research to see if new messaging would resonate better. The logo and the look are different than the 1990s.

“That’s a campaign that resonated really well with not only a lot of our locals, but also we’ve heard it from out of market, too,” she said in an interview afterwards. “We think it is a campaign that we can absolutely deliver on with some of the ad creative that you saw today.”

The LRCVB last year partnered with its advertising and marketing agency, Paradise Advertising and Marketing of St. Petersburg, which is in charge of its media strategy and placements. Paradise contracted with MHP (Mangan Holcomb Partners) as its Arkansas-based agency. The LRCVB began working on its refreshing of its advertising campaign at the end of 2019.

“The truth is, there’s always going to be a bigger and flashier city,” she said during her announcement. “There’s always going to be cities with iconic features and bigger budgets and twice our size. That’s just not going to change. But the other thing that’s not going to change is we’re never going to be up against a city that has the character of Little Rock, a city that loves itself as much as our city does and one that has as many people (who are) prideful about their hometown.” 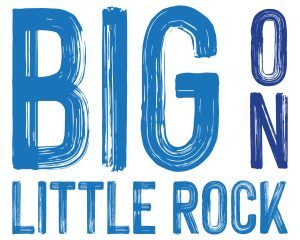 The press conference also featured the LRCVB’s annual report as well as the unveiling of events scheduled for May 2020, which will coincide with the Bureau’s founding on May 4, 1970.

Pulaski County accounts for 25% of Arkansas’ total travel expenditures, Hall said while presenting highlights of the annual report. According to the 2018 Arkansas Tourism Economic Impact Report, Pulaski County generated more than $1.8 billion in travel spending, $108 million in state and local taxes, and 13,650 travel-related jobs. The total travel-generated payroll was more than $343 million.

Hall said revenues per available hotel room increased 5.9% in 2019 for Little Rock properties. The 517 short-term rental properties available through online platforms were an increase of 18.6% from the year before and had a 58% occupancy rate.

Events scheduled for May include a community service projects day May 4; a Wall of Honor for LRCVB contributors May 5; a panel discussion May 6 at the Clinton School of Public Service about the LRCVB and the Advertising and Promotion Commission, the LRCVB’s governing body; and a “Big Downtown Thursday” party in the River Market May 7.