The Birmingham Airport Authority (BAA) announced that its board of directors has appointed Ronald Mathieu as the new CEO of Birmingham-Shuttlesworth International Airport. Mathieu has resigned from his post with the Bill and Hillary Clinton Airport in Little Rock, where he has served as executive director for the last 13 years.

“The Little Rock Municipal Airport Commission has received notice from Ron that he plans to resign effective May 31. We are extremely appreciative of Ron’s service. The commission and staff will sorely miss his leadership that has led to the biggest transformation in our airport’s history. During Ron’s 13 years in Little Rock, the airport has become debt free while undergoing nearly $100 million in terminal improvements, increased passenger satisfaction levels, expanded aviation manufacturing and generated billions of dollars in economic impact,” said Little Rock Municipal Airport Commission Chairman Jesse Mason.

“In the coming days, the commission will discuss who will lead the airport during an interim period as we begin the search for a new executive director,” Mason added. 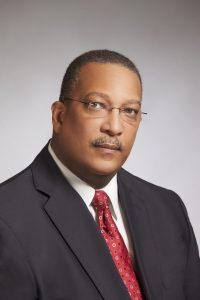 “I look forward to joining the Birmingham-Shuttlesworth International Airport and working closely with the board and staff team members,” said Mathieu. “The airport is a critical economic generator for the city of Birmingham and great state of Alabama. We look forward to working to ensure that the airport continues to make a reliable, sustainable and growing economic impact, while also ensuring our customers have a positive travel experience.”