Charles Cella, the longtime president and chairman of the board of the Oaklawn Jockey Club, has died of complications from Parkinson’s disease at the age of 81.

“At this time of great sadness for our family, we find comfort in knowing that one of the great joys in his life was seeing Oaklawn develop into a national treasure with such a significant economic impact on Arkansas,” Cella’s family released in a statement. “In addition to the holidays with his family, his favorite time of the year was always the Oaklawn racing season with fans, horsemen and staff.”

Cella, who lived in St. Louis, led Oaklawn beginning in 1968 after his father passed away. He was the third generation owner of the racetrack, which is presently run by his sons. He helped develop the racetrack into one of the premiere racing facilities in the U.S. In the 1990’s, horse racing began to wane, but Cella and his executive team helped re-invent Oaklawn through instant racing and later electronic games of skill and a casino. The additions to racing helped build stronger purses and led to Oaklawn’s revival.

“He was a true racing lover. A stalwart in the industry. He was respected worldwide for what he did in the business,” Oliver tells Talk Business & Politics. “At a time when they all went to casino games, Mr. Cella did so reluctantly. It was really a case of have-to. His interest was horse racing. He loved it. He probably did more for the industry than anybody that I knew of, heard about, or studied. He was just an absolute icon. Everybody knew and everybody respected Charles Cella.”

Gov. Asa Hutchinson issued a statement that noted Cella’s contributions to the industry and to Arkansas.

“With the news of the passing of Charles Cella, horse racing fans everywhere are no doubt mourning the loss of one of the great American sportsmen,” he said. “Upon becoming Oaklawn’s President in 1968, Cella became the third generation of his family to lead the organization, and during his tenure, he built the track into a world-class destination for thoroughbred racing. Through his unique combination of vision for the future and respect for the sport’s traditions, Cella transformed the facility and left an indelible mark on the industry as a whole. He will be missed.” 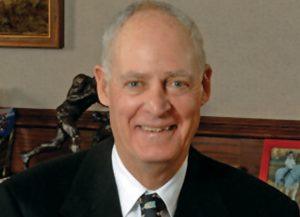 Cella had other business interests. He served as president of Southwestern Enterprises Inc. and Southern Real Estate and Financial Company and owned and raced several notable thoroughbreds, including the 1995 Breeders’ Cup Turf champion Northern Spur.

Cella has served as a board member of the Arkansas Easter Seal Society and Eye Research Institute of Retina Foundation of Boston, Massachusetts, is chairman of the Knowlton Awards for Excellence, Barnes Hospital, St. Louis, Missouri, and also been a director of the Arkansas State Fair and Livestock Show, the Municipal Theater Association of St. Louis, Missouri, and the Jockey Club in New York. He has been recognized as a lifetime honorary member of the Board of Governors of the Arkansas Livestock Show Association.

He studied at Washington and Lee University in Lexington, Va., graduating with a bachelor’s degree in political science and was a nationally ranked squash player and Life Member of the United States Squash Racquets Association.

He is survived by his two sons, Louis and John, a daughter, Harriet, and eight grandchildren. Arrangements will be announced at a later date.