Terms of the deal were not disclosed, and the Chef Shuttle team could not be reached for comment.

Founded in February 2014, Chef Shuttle in three years has grown to include about 250 staff and drivers that deliver from 450 restaurants in cities in central Arkansas, Northwest Arkansas and the Memphis area.

It has filled about 500,000 orders during that time, according to a report earlier this year from the company.

“Chef Shuttle is a great business with great service,” said Craig Key, vice president of marketing for Bite Squad. “They’ve done a phenomenal job of building relationships with customers and restaurants in Arkansas and in Tennessee.”

While Bite Squad now has service in Tennessee in Nashville, the Chef Shuttle buy will usher in the brand’s entrée into the Memphis market, in addition to Arkansas. “We had no presence in your ‘neighborhood’ before, and we’re excited to join the momentum,” Key said.

The brand will take over for Chef Shuttle in the next few weeks. “You’ll start to see our green and white cars rolling around town,” in addition to Bite Squad’s uniformed drivers, Key said.

Bite Squad is more tech-based, offering Android and iOS apps that have order-tracking capability and a “full support team” behind them, he added.

From a consumer’s perspective, delivery fees, at $2.99, will start lower than Chef Shuttle’s. Bite Squad orders will come directly to each restaurant’s kitchen through tablets, and there is a “proactive” customer service team, tasked with communicating among the kitchen, the driver and customer, Key said.

Bite Squad also does not require restaurants to sign a contract or to exclusively use Bite Squad.

One thing that won’t change, according to Key, is Bite Squad will have the “same great commitment to customers. … From a values standpoint, the two companies couldn’t be better aligned,” he said. 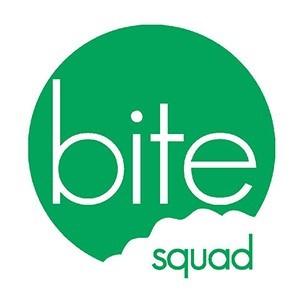 Bite Squad’s drivers are employees, rather than contractors-at-will, a factor Key believes will add to the reliability of the service and the quality of training and benefits that drivers are given. “We believe the drivers are our bread and butter,” he said.

A transition team is working with Chef Shuttle staff to combine the two companies, and they will be hiring new drivers soon.

Bite Squad, started in 2012, has gone through a growth spurt in the last year. It was in five markets at the beginning of 2016. With the Chef Shuttle acquisition it will be delivering food in more than 30 markets in 15 states. It employs thousands of drivers, though Key was not able to give exact numbers.

“It’s been an exciting year of growth, and we’re just getting started,” he said.

The meal delivery scene has picked up in Arkansas during the last few years.

Smaller operations in Northwest Arkansas include Clunk’s Hungry Express Wagon (or CHEW), founded in 2011, and NWA Delivery, which was founded in 2014 and is now part of the Austin, Texas-based company Mr. Delivery, according to its website.

Facebook Comments
Previous post
Wal-Mart finding favor with some on Wall Street, but not everyone is buying
Next post
U.S. Rep. Hill focused on financing secrecy in oversight role