The advanced energy sector expanded in 2020, and its growth is expected to continue into 2021 as the energy industry transitions to renewables.

“Advanced energy is growing by leaps and bounds in Arkansas,” said Stephanie Osborne, executive director for Arkansas Advanced Energy Association (AAEA). “It is providing Arkansans a range of diverse options for their power needs.”

She expects renewable energy to continue taking a leading role in the industry in 2021.

“You can’t put this genie back in the bottle,” Osborne added. “Renewable energy is clearly an important issue across the nation, and the incoming Biden Administration has repeatedly said environmental issues are one of their top concerns.”

Heather Nelson, co-founder and president of Seal Solar, said the company more than doubled its workforce in 2020 after adding 24 employees. In December, Congress included a two-year extension of the federal Investment Tax Credit (ITC), likely spurring additional investments and interest in solar. 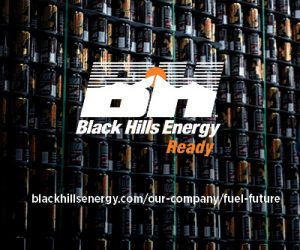 Nick Gorden, co-founder and CEO of Shine Solar, said he expects the solar tax credit to be extended with Joe Biden as president. He also expects more competition in renewable energy, leading to reduced prices and improved service. It also will lead to job growth and acquisitions, he added.

“Because there’s a high likelihood that this tax credit is going to be renewed … you’re starting to see some of these investment capital and private equity firms and some of these solar finance companies taking off the gloves, and I think they are going to throw big money in 2021 to grow the industry as a whole,” Gorden said.

Amid the COVID-19 pandemic, the company grew aggressively with business expanding about 40% in 2020, from the previous year, said Gorden, noting that customers want to be more self-sufficient and bought more whole home batteries. Since the company was founded in 2016, it had only sold a few home batteries, but since March, it has sold nearly 200, with 20% of customers opting for one, he said. Gorden expects more homeowners will purchase the batteries as they seek peace of mind and as prices fall.

The company has focused on the residential market but has some commercial projects in the works and continues to expand into new markets, serving customers along the Interstate 40 corridor, from Oklahoma City to Nashville, Tenn. It outgrew its existing office and moved into a 25,000-square-foot office in Rogers. In 2021, the company plans to offer its own financing for customers.

Today’s Power Inc. (TPI) moved into a 34,222-square-foot office in North Little Rock and added staff during the pandemic. The growth is expected to continue into 2021, said TPI President Michael Henderson. Henderson said renewable energy, especially solar power, has helped offset peak demand in the summer and complemented other energy sources, such as fossil fuels. In 2021, renewable energy is expected to add more resiliency to the grid, and TPI will achieve this by coupling solar arrays with battery energy storage.

In the third quarter of 2020, TPI completed a solar array with battery storage in northeast Arkansas for Southland Gin, Delta Farms and Craighead Electric Cooperative as “one of the leading examples of using various technologies to help the agriculture industry continue to boost its sustainability,” Henderson said.

“By the end of 2021, we will have a large portfolio of solar energy projects in the state of Kansas, and we expect battery energy storage to follow,” said Henderson, adding that TPI recently began work on an electric cooperative project in Oklahoma as it continues to expand its footprint.

Henderson expects the expanded use of electric vehicles to drive growth in the electric industry; however, the lack of fast-charging infrastructure has limited their acceptance. TPI plans to introduce faster-charging methods in 2021.

Some of the largest renewable energy projects were announced or completed in 2020 as part of electric utilities’ long-range plans. Entergy Arkansas will have 381 megawatts of solar generating capacity after it completes multiple solar projects while working toward its goal of net-zero carbon emissions by 2050. Southwestern Electric Power Co. (SWEPCO) is investing $1.01 billion for 810 megawatts of wind energy, which will come online in 2021 and 2022. Over the next 20 years, more than one-third of SWEPCO’s energy source mix will comprise renewable energy.