The agriculture sector in Arkansas has faced many brutal challenges in recent years before the COVID-19 pandemic enveloped the world. Relatively low commodity prices fueled by a more than two-year long trade war with China, increasing input costs, and unpredictable weather patterns have hampered farmers as the new decade has unfolded.

The $21 billion sector is the largest industry in Arkansas and it directly and indirectly provides thousands of jobs.

The pandemic brought new challenges to producers and will continue to have an impact into 2021, Arkansas Secretary of Agriculture Wes Ward told Talk Business & Politics. All ag sectors in the state were impacted by the pandemic, but some have been hit harder than others, he added.

“I feel optimistic we’ll get these trade deals done,” Ward said. “We’ve got to keep pushing to get these deals done. The pandemic really put a damper on those efforts. Hopefully, we will get back to it.”

China has committed to buying $4.8 billion of U.S. agricultural goods and that could lead to soybean farmers expanding their crops in 2021, he said. The Natural State had about 2.91 million soybean acres in 2020, a 300,000 acre uptick from 2019, according to the U.S. Department of Agriculture. It is the state’s top crop, generating about $1.3 billion in economic activity each year, according to the University of Arkansas’ Division of Agriculture. The state ranks fourth among all soybean producers. China is the largest importer of soybeans in the world and is projected to import 95 million tons in 2021, the USDA reported. 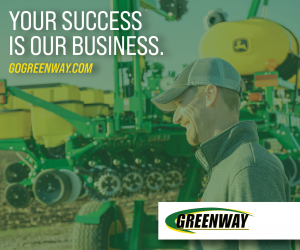 Meat processing in the state was greatly impacted by the pandemic and supply chain disruptions were common in the spring and early summer, Ward said. Much attention was paid to problems in the poultry industry, a valuable sector in Arkansas agriculture. Broilers alone are a $4.1 billion industry, the largest of any individual ag sector in the state. Large poultry producers such as Tyson Foods and Peco Foods have worked to curb volatile supply chain issues and protect employees from catching the virus at work. However, some companies face numerous lawsuits related to worker treatment at processing plants and other facilities.

Pork and beef processors were hit unusually hard in the state when the pandemic surged, Ward said. It got to a point in the fall of 2020 that many smaller meat processors couldn’t process deer from hunters due to the backlog of orders – an unprecedented situation in the state, Ward said. It got to a point where some cattle producers had to travel out of state to get cattle processed.

To help processors, the state was able to get $10.4 million in CARES Act (Coronavirus Aid, Relief, and Economic Security) funding. The money will be used by 31 processors to improve capacity and hire more employees, Ward said.

Peanuts, a sector that has been a bright spot during the last decade, continues to grow. Peanuts had been grown in the state for generations, but sharply declined by the 1970s and then the row crop disappeared from Arkansas. Water problems in peanut producing states such as Texas, Georgia, and Oklahoma forced peanut companies to find other places to grow the legume and in 2010, it was reintroduced in Lawrence and Randolph counties.

Peanut production has spread and Ward said he believes it will continue to grow. Peanut farmers harvested about 34,000 acres in 2020, a 1,000- acre increase from the previous year. Arkansas peanuts had a yield of about 5,000 pounds per acre which is the best in the U.S., Ward said.

Perhaps the most controversial topic in Arkansas agriculture in recent years – the use of the herbicide dicamba – has died down some and the cutoff date for using the volatile treatment is May 25. Ward said he doesn’t think there will be any major changes involving dicamba during the spring.

The state’s General Assembly convenes later this month and Ward said he doesn’t think there are any majors issues on the agenda that will impact agriculture. State officials will also be mindful of the changes at the federal government level once President-elect Joe Biden takes office along with his appointments to various departments including the U.S. Department of Agriculture.

One issue farmers will have to deal with in 2021 is the feral hog problem. Feral hogs cause about $1.5 billion in damage each year across the U.S. Feral hogs are not native to the United States. They are an invasive species, a public nuisance and a threat to Arkansas, according to the Arkansas Game & Fish Commission. They compete for food resources, destroy habitat by rooting and wallowing and will eat ground-nesting birds, eggs, fawns and young domestic livestock. They also carry up to 45 bacteria, diseases and parasites, including trichinellosis, brucellosis and swine herpes virus.

There have been several federal eradication programs implemented, but the problem continues to loom in the state, Ward added. There is no data about how many feral hogs are in Arkansas, but the number of sightings and complaints has grown in recent years.

“We’re pretty excited to host the conference … hopefully things will start to normalize in 2021,” he said.