Vandiver, who also works as the program director, has served as the interim general manager of UA Little Rock Public Radio since 2016. He is responsible for developing and maintaining program policy, supervising programming staff, selecting on-air programming, and overseeing the quality of on-air sound.

“I’m excited and grateful for this opportunity,” Vandiver said. “Public radio is an essential media service for our community, and I am honored to be able to lead this organization. I look forward to continuing the work of our staff and the Friends of KUAR/KLRE board has done these past three years to grow our service and find new ways to engage with our community.”

During his time as interim general manager, Vandiver has overseen upgrades to KLRE’s and KUAR’s control rooms with new broadcast consoles and audio control systems, expanded development efforts with an increased focus on major and planned gifts, and two years of significant growth in revenue from underwriting and individual giving.

Vandiver received a bachelor’s degree in journalism from UA Little Rock in 2011. He started his career at UA Little Rock Public Radio as an intern in the spring 2009 semester. After a successful internship, he was hired as a part-time reporter and anchor. Vandiver was promoted to program director in 2013. 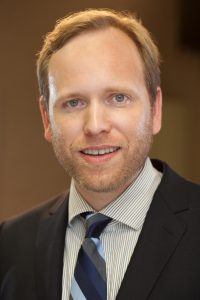 “I began my journey in radio as a listener,” Vandiver said. “I found public radio at a time in my life when I was seeking a broader perspective on how the world around me worked. My experience at KUAR began with an internship. As a university licensee at the state’s only metropolitan university, I look forward to providing similar opportunities for students to learn broadcasting and journalism through internships at a professional media setting.”

KUAR is a content partner with Talk Business & Politics.