State Rep. Marsh Davis, R-Cherokee Village, will seek re-election for his seat in the Arkansas House of Representatives. Davis, who represents District 61, is serving his first term. The district includes portions of Baxter, Fulton, Sharp, and Randolph counties.

“I am excited to announce my intentions of running for re-election to serve the people of District 61. In my first term as state representative, I was proud to support many bills that tackled issues Arkansans care about, including improvements to government transparency and lowering taxes for the hard-working folks in our state,” Davis said.

During the 92nd General Assembly, Davis served on the House Judiciary committee and the House Agriculture, Forestry & Economic Development committee. He successfully passed every piece of legislation he sponsored.

An alumnus of Arkansas State University, Davis graduated with a B.S. in zoology. He then attended the University of Arkansas for Medical Sciences where he received his Pharm.D. Now a pharmacist, Davis was raised in Ash Flat. He lives in Cherokee Village and has two children. 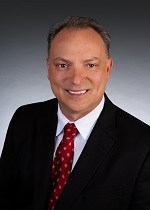