According to the popular southern magazine, the list represents unique residential developments that “exemplify the Southern Living lifestyle.”

Rockwater Village sits on the banks of the Arkansas River with skyline views of downtown Little Rock. The development is led by Lisa Ferrell and her husband, Jim Jackson.

“We are humbled and honored to be the only community in Arkansas to receive this prestigious designation,” Ferrell said. “For nearly 50 years, Southern Living has served as the leading inspiration for neighborhoods in the region, emphasizing the positive aspects about life in the South. Our vision for Rockwater Village has always been that it would be a unique community that combines the best of traditional neighborhoods with the benefits of being on the River and close to downtown. This recognition is evidence that our vision is coming to fruition.”

According to Southern Living, Rockwater Village was selected as a member of the program because it “transcends the brand into a dream home in true Southern Living style.” 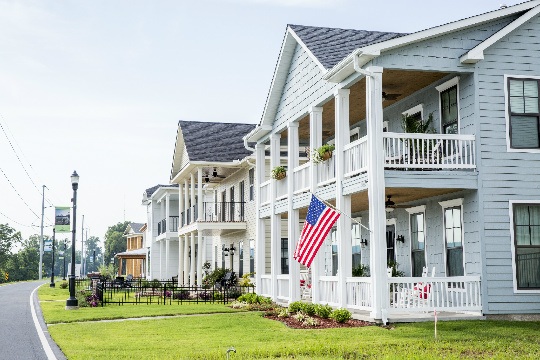