Arkansas may soon exit a public health emergency even as some of its hospitals are facing a financial one so severe that some are on the brink of closing.

When the federal government declares an end to the COVID-19 public health emergency, the state Department of Human Services will start removing ineligible Medicaid recipients for the first time in three years.

The federal Families First Coronavirus Response Act increased federal matching Medicaid funds in exchange for states meeting certain conditions. Those include extending recipients’ eligibility throughout the declared public health emergency unless they moved out of state, requested to end coverage, were incarcerated or died.

Medicaid is funded primarily by the federal government with a state match and is administered by the states. It covers lower-income individuals, many nursing home residents, and many children. As of Dec. 19, 417,716 Arkansans were considered to be “extended” because they couldn’t be disenrolled. That was 36.7% of the 1,138,372 Arkansans then on Medicaid.

Under Act 780 of 2021, DHS is required to finish redetermining eligibility for extended individuals within 180 days of the emergency’s end. DHS has been preparing for that to happen in the near future. 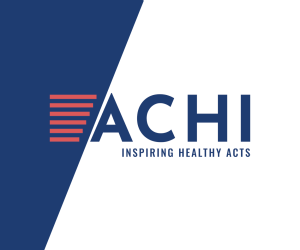 “Unwinding the public health emergency will be the largest and most complex effort state Medicaid programs have undertaken since the implementation of the Affordable Care Act almost a decade ago,” said then-DHS Director Mark White Nov. 4. White has since been named DHS chief of staff by Gov. Sarah Sanders.

HOSPITAL FINANCIAL CRUNCH
Some hospitals are on “the brink of having a severe financial crisis” amidst increasing labor and supply costs coupled with flat revenues, said Bo Ryall, president and CEO of the Arkansas Hospital Association.

“I could say three are in immediate jeopardy of closure, and I would say another six or eight could be 30-60 days away of being in a dire situation,” he said Dec. 28.

Ryall said hospitals have faced rising costs for traveling nurses and other temporary personnel. To retain their full-time workers, they raised salaries they now can’t reduce. Supply costs have increased. Hospitals can’t pass on their increased costs to customers like other businesses can. Instead, they must depend on payments from insurance providers, Medicare and Medicaid.

Medicaid has not provided a general, across-the-board in-patient rate increase since 2007, and those dollars have not been adjusted for inflation. Many hospitals are reimbursed $850 per day whether the patient has had heart surgery or a broken leg. Twenty-eight “critical access hospitals” in rural, underserved areas are paid more, as are UAMS and Arkansas Children’s Hospital, but it’s not enough. The last change on outpatient rates came in 1992, and that was a reduction.

Ryall said hospitals will lobby legislators this legislative session for an increase in payments.

“It’s way overdue, and Medicaid is paying below costs,” he said. “This is a time when we desperately need help.”

Arkansas is paid less by the federal government for Medicare patients because the program’s payments are tied to an area wage index. Because its wages are lower, Arkansas is one of the nation’s three lowest paid states, along with Alabama and West Virginia. Ryall said Medicare often pays below costs, as do privately funded Medicare Advantage plans.

‘FRAGILE’ SYSTEM
Dr. Joe Thompson, president and CEO of the Arkansas Center for Health Improvement, said rural hospitals have been stressed by the outmigration of younger, healthier people, leaving behind older, less healthy individuals who are more expensive to treat. Unlike larger, more urban hospitals, it’s harder for rural providers to gain efficiencies by consolidating.

The looming financial crisis was forestalled by the state’s decision to expand its Medicaid population under the Affordable Care Act, otherwise known as Obamacare. Sixty hospitals have closed in surrounding states, and while Arkansas has lost only one rural hospital in De Queen, the pressure is rising. Thompson said the business model for rural health care is “broken.”

“I think the financial stability of the health care system is probably as fragile now as we have seen in the past couple of decades,” he said.

Arkansas Blue Cross Blue Shield President and CEO Curtis Barnett said the insurer has worked with medical providers through advance funding and accelerated payments. It has increased payment schedule for outpatient services and increased inpatient rates for rural, critical access hospitals. It is looking at additional changes tied to improvements in quality and outcomes.

But Barnett said private insurers are only a part of the payment system. Hospital administrators in some parts of the state have told him as much as 80% of their reimbursements come from Medicaid and Medicare.

“It’s not just around reimbursement,” he said. “It’s around, what are the types and levels of medical services that communities need and can support? What’s the role of telemedicine in supporting local providers extending services? And then there’s the workforce issues that a lot of the hospitals face as well and these communities face as well with regard to how do you retain and attract talent, and how do you allow these providers to operate at the top of their license? All these things go into a broader-based policy initiative that I think’s going to be needed in the long-term to bring some relief and get us probably where we need to be as a state.”

WORKFORCE NEEDS, HEALTH LEVELS
Thompson said a long-term strategy is needed to address the health care industry’s workforce challenges. The nursing shortage has been an issue for years. The physician shortage is not as challenging, but it’s significant nonetheless. Arkansas is blessed with increasing physician education opportunities with two new osteopathic schools and the Alice L. Walton School of Medicine, along with a new Lyon College-UAMS dental school to open in Little Rock.

But the state lacks residency opportunities for medical students who graduate now. Historically, Medicare has provided most of the funding for the slots, but over the last decade it has instituted caps.

In addition to the unhealthy financial state of Arkansas’ hospitals, the state’s residents have major physical health issues. Arkansas ranked 48th in the latest America’s Health Rankings report by the United Health Foundation in partnership with the American Public Health Association. The state fell from 41st to 49th in food security and dropped from 38th to 44th in childhood immunizations.

“There’s no part of the state that necessarily does better than the average In the United States,” Thompson said, including the state’s prosperous Benton and Washington Counties in Northwest Arkansas.

Barnett said Arkansas Blue Cross Blue Shield now reimburses more for treatments of muscular-skeletal conditions like back and knee issues and rheumatoid arthritis than it does any other area for its commercial population. Heart disease and diabetes are still number one among its Medicaid expansion population covered under the Affordable Care Act. The increase in muscular-skeletal payments is being driven by an aging, unhealthy, obese population whose low level of physical activity was exacerbated by the pandemic, he said. There’s also a large supply of physicians to treat those issues.

Another area of rising costs is specialty prescription drugs such as biological medications, cell therapy and gene therapy, which account for about half of the total drug spend. The availability of these drugs is increasing, with more than 20 new ones expected to be released in 2023, Barnett said. About five are expected to be priced at a million dollars or more for a one-dose regimen.

Barnett said such costs pose serious risks to the health care system’s economics and for the sustainability of some plans, especially self-funded plans. He said the system must utilize pricing strategies, rely on evidence-based protocols, and ensure the drugs are being prescribed appropriately.

He said use of telehealth has abated. In 2020, 12% of the insurer’s claims were related to telemedicine, and at one point at the height of the pandemic, when many people weren’t going to the doctor, it was 30-35%. This past year, it fell to 4.5%, with use still high among behavioral health providers.