The rains eventually subsided in late spring, but a new problem emerged – drought. From the first of June through the end of July almost no rain fell, making it one of the worst droughts in state history. Row crop farmers had to start irrigating fields earlier in the season and it further ate into profit margins even as commodity prices grew.

Livestock farmers may have fared worst. Hay fields shriveled in the scorching heat, and the cost to feed cattle herds made it untenable for many farmers. Cattle farmers around the state had to cull herds and some went out of business.

Poultry farmers did better than expected for most of 2022, but disease threatened at the end of the year and could carry over into 2023. Avian influenza, or HPAI, ravaged many parts of the country and Canada during the year but spared Arkansas. That changed in October when at least three flocks in the state contracted HPAI.

RICE
Planted rice acreage this growing season topped 1.11 million acres, according to the U.S. Department of Agriculture’s National Agricultural Statistical Service (NASS). All rice production for the state is forecast at 81.2 million hundredweight, down 5% from the August forecast and down 11% from last year’s production of 91.1 million hundredweight, NASS reported. The all-rice yield for 2022 is forecast at 7,500 pounds per acre, down 50 pounds from August and down 130 pounds from last year. 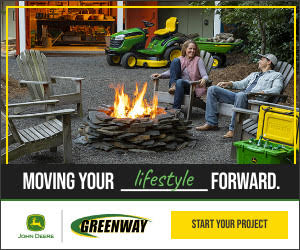 SOYBEANS
Farmers harvested 3.15 million acres, up nearly 140,000 acres from 2021. Yield from those acres is projected to top 53 bushels per acre, a state record.  In 2021, the state’s soybean crop was valued at more than $1.94 billion, according to the 2022 Arkansas Agriculture Profile, and last year’s crop could approach $2 billion in value.

But there are issues that should be concerning to farmers, said Jeremy Ross, extension soybean agronomist for the University of Arkansas System Division of Agriculture. Potassium deficiency in Arkansas’ most valuable row crop is becoming more prevalent in the state.  The deficiency is hardly noticeable from visual inspection. An accurate diagnosis requires tissue samples to be analyzed.

“We’re going to be encouraging soybean farmers more next year to send in tissue samples to test potassium levels in soybean plants and take advantage of the free tools available through the Division of Agriculture for potassium recommendations,” Ross said.

COTTON
Drought throughout Texas and the Southwest pushed cotton prices higher in 2022. The net result in Arkansas was a surge in cotton planting. Prices are projected to decline in 2023 as the economy slows and is projected to reduce acres in the state. It’s estimated that state cotton farmers harvested 630,000 acres in 2022, a nearly 30% increase from the previous year.

Arkansas is projected to have an average yield of 1,166 pounds per acre, down 82 pounds or 6.6% from last year’s record of 1,248 pounds. The drought-like conditions may contribute to lower yields, said Scott Stiles, extension economist for the University of Arkansas System Division of Agriculture.

PEANUTS
Arkansas farmers grew about 2,000 fewer acres of peanuts in 2022 compared to 2021. NASS estimated about 32,000 acres were grown in the state. Yield remained in the 5,000 pound per acre range. Dry conditions during the harvest meant that 90% of the peanut crop was harvest by Oct. 31. This could lead to expanded yield estimates later in 2023.

CATTLE
Input cost hikes and drought forced many cattle farmers to cull herds or leave the business altogether, said James Mitchell, assistant professor and extension agricultural economist for the University of Arkansas System Division of Agriculture. Nationwide, a 4% reduction in herds is projected.

“Producers didn’t have the grass, and it wasn’t a good year for hay,” Mitchell said. “They had to cull a lot of cows.”

Mitchell said the U.S. beef industry, including Arkansas producers, are in a liquidation cycle where beef operations reduce herd sizes. The cattle cycle swings between herd expansion when prices are high and herd reduction when prices are low. Smaller herds mean lower availability of beef, which drives prices up and the cycle swings back to expansion.  The cattle cycle can typically take eight to 14 years, Mitchell said.

“It’s a long period because of how long it takes from the time a calf hits the ground until it goes to market to become beef.”

The current liquidation cycle started around 2019 when prices began to decline, Mitchell said. And then the drought hit cattle country hard. That began to drive prices up again, but herds are still being reduced because the extended drought is reducing availability of good pastures and hay.

POULTRY
Prices in the sector were good in 2022, but partly due to disease reducing flocks. Bird flu has been found in commercial and backyard flocks in 46 states and in wild birds in 47 states, according to the U.S. Department of Agriculture’s Animal and Plant Health Inspection Service.

As of Dec. 7, 52.87 million birds have been affected, making this the most significant outbreak in U.S. history in terms of number of birds affected. In October, state officials confirmed HPAI in a flock in Madison County. As of December, three flocks in the state have tested positive for the disease.