Created in 2013, the mission of the Office of Medicaid Inspector General (OMIG) is to prevent, detect, and investigate fraud, waste, and abuse within the medical assistance program. 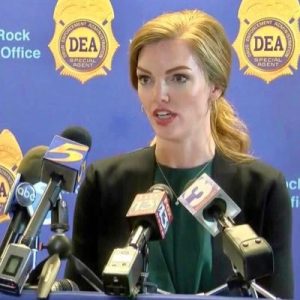 “Allison Bragg shares my vision to promote efficiency by tackling waste, fraud, and abuse at every level of government, making her the ideal choice to be the next Inspector General for our state,” Sanders said. “She is a respected federal prosecutor, a lifelong Arkansan, and brings a proven record of success and leadership to the talented team I have assembled. I look forward to working together to ensure that our government operates with integrity and accountability.”

“I am honored to be joining the Sanders Administration as Inspector General,” Bragg said. “Governor-elect Sanders has the right, bold vision to take Arkansas to the next level, and together we will work to ensure that we accomplish it with effectiveness, integrity, and honor.”

Sanders has named 14 of her 15 cabinet positions. She has not named a nominee for the Department of Health.