Proposed legislation that Congress might approve late this year is expected to encourage people to save more for retirement amid concerns about outliving savings. It has bipartisan support, but it’s broad and not without complexities.

Federal legislators are working on bills, collectively known as the Secure Act 2.0, to build on the initial law approved in late 2019.

Ben Ronning, director of financial planning for Rogers-based Arvest Wealth Management, said the Setting Every Community Up for Retirement Enhancement (SECURE) Act of 2019 arguably made the most changes to retirement since the Pension Protection Act of 2006. The SECURE Act changed the required minimum distribution age to 72, removed the age limit on making contributions to traditional IRAs and eliminated the stretch IRA for most non-spouse beneficiaries.

“It’s multiple pieces of legislation under one umbrella,” Spears said. “The main one umbrella is directly tied to the belief system that there’s a lack of preparedness for retirement.”

He cited reports showing people aren’t saving enough and might outlive their savings by an average of eight to 20 years. On average, U.S. investors have about $141,542 saved for retirement. Among the 30 million investors, the median 401(k) plan balance is $35,345.

“That means half of account balances are lower than this amount, and half are higher,” he explained. “The median account balance is considered to be more representative of what most people have saved in 401(k) accounts.”

The proposed legislation would incrementally increase the required minimum distribution age to 75 by 2032, allow part-time workers to enroll more quickly in employer-sponsored retirement plans, and require employers to enroll new employees in plans automatically. Employees can opt out, but those enrolled would incrementally increase their contributions until reaching 10% of compensation. He also noted that the legislation would allow investors nearing retirement age to invest more money into plans.

He added that the legislation also would create a national database to allow investors to track down lost plans or those they might have left behind with previous employers.

Under the proposed legislation, when a beneficiary turns 21, they’d go from eligible to a non-eligible designated beneficiary, Ronning said. That would trigger the 10-year rule, requiring beneficiaries to deplete the inherited account in 10 years.

He said that in some cases, beneficiaries could opt out of the stretch IRA and into the 10-year rule if they do so before being required to start taking the required minimum distributions. He said this might help someone looking to get student aid for themselves or their children.

EMPLOYER IMPACTS
Regarding employer-sponsored plans, he said retirement account custodians could limit the distribution options for beneficiaries. For example, they could require beneficiaries to take the stretch IRA or be subject to the 10-year rule. The latter might be more favorable for retirement plans of large employers because they might not want to deal with multiple beneficiaries, he said. If this were to happen, he might suggest that a client have the retirement account transferred to an IRA.

“I think that will significantly impact Americans’ savings,” Kendall said. “We’ve been encouraging the employers we work with for a number of years now to consider auto-enrollment, and many of them have done it. It does increase participation because instead of the employee having to take action to enroll in the plan and start saving, it does it for them automatically. And if they don’t want to do it, they have to take action.” 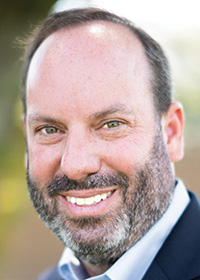 Kendall said that among WealthPath clients that offer auto-enrollment, most employees have not opted out.

Another aspect of the proposed legislation includes higher tax credits for businesses wanting to start a retirement plan. He said the credits could cover up to 100% of the plan’s cost, with a cap of $1,000 per employee.

Also, the proposed legislation would simplify the notifications employers must send out on aspects of the plans. He said this would reduce costs and burden on employers.

OTHER PROPOSALS
Kendall said clients have expressed interest in another aspect of the proposed legislation allowing employees to use the employers’ contribution match to pay student debt instead of going to the employee retirement account.

Also, employer-sponsored 401(k) plans could be converted to an annuity even if the employee were no longer working for the employer. Annuities provide investors with income for the life of the plan.

To help employees prepare for emergencies, they could use up to 3% of their income or up to $2,500 as after-tax contributions that they pull out of their plans for emergency savings. He said it would not be taxed or face penalties as it’d be after-tax dollars.

“I think that would be impactful because a lot of people drag their feet on starting to save on their employer’s retirement plan because they don’t have adequate savings,” Kendall said. “If they have this option where they do have some liquidity without the penalties, there’s a lot of people more likely to start participating in their employer’s plan sooner rather than later.”

Krause said the sister version of the proposed legislation in the Senate would allow investors less than 59 and a half to take up to $1,000 from their retirement accounts for emergencies without tax penalties of 10% for early withdrawals.

“It’s recognizing people sometimes get into a tough spot and may not have an emergency fund outside of their 401(k),” Krause said.

Kendall also said the proposed legislation would increase the number of people who qualify for the savers’ credit for low- to medium-income households. The credit would be set at 50%.

“That’s something that’s not as well known to a lot of folks,” he said. “That’s proposed to be implemented starting in 2027. There’s probably a lot of people out there that may be participating in a retirement plan that are not taking advantage of the savers’ tax credit.”

‘LAYERED’ EFFECT
Ronning said beneficiaries can better plan on taking distributions from an account before they must begin to take them. But on or after the time they must start taking them, they are subject to the 10-year rule and to take the minimum distributions required before the SECURE Act was approved.

“No matter what — in those 10 years, you’ve got to take money out, so they’re layered on top of each other,” said Ronning, noting this is included in the proposed legislation. “The intent was to make this simpler, but as it sits right now, it looks more complicated.”

Ronning said he would hope the IRS would see this as unreasonable. Still, he said if one takes this from the perspective of the IRS, it makes sense as a means for needed tax revenue. While hoping for the best, he’s planning for the worst and suggested working with an adviser to avoid surprises.

“Everybody’s situation is a little bit different,” Ronning said. “But you want to apply this broad proposed legislation … in the context of a financial plan for each of those. If you’re a client, you want to talk to your adviser about doing a plan.”

He noted that the Roth 401(k) plans would still have required minimum distributions, but Roth IRA plans do not. However, the Roth IRA plans are subject to the 10-year rule, requiring the account to be depleted 10 years after the accountholder dies.

Ronning and other advisers don’t see why lawmakers would not approve the proposed legislation and that it’d likely be approved after the November elections, similar to how the initial law was approved.