Sitting around the coffee table one early morning, our group took an informal survey and concluded, informally of course, that many of us aren’t carrying around all our original parts.

And we further concluded there’s no way to keep on hand an inventory of replacement components, certainly not an assortment of OEM (original equipment manufacturer) parts. Even if we, for example, had the materials to do some mechanical work on our bodies, we obviously lack the knowledge, training and experience, not to mention the tools, to replace a knee, hip or shoulder or to keep an otherwise uncooperative heart pumping.

It is a good thing, one member opined, that there are doctors and hospitals who have not only the spare parts, but also the expertise, to keep us running as long as Medicare and/or money holds out.

Bearing in mind that Robert Frost said “way leads on to way,” our conversation then logically jumped to the good old days, when every teen or 20-something had his own inventory of spare parts for his first love — his car, no matter how clunky or how cool. If you couldn’t do it yourself, you had a buddy who could change the ignition points, spark plugs and condenser to tune up that rough-performing engine. Gasoline cost a whole 25 cents per gallon, so you didn’t want to waste any by having an inefficient ignition, especially when you were revving up the engine or squalling the tires to impress onlookers at the drive-in.

Who can forget Marissa Tomei’s Oscar-winning performance in “My Cousin Vinny,” as Mona Lisa Vito who trumped the prosecutor with her knowledge of 1964 Chevrolet ignition timing? If you didn’t get it, well, maybe you weren’t born in the points-plugs-and-condenser age.

Since time and technology wait on no one, Detroit in the ’70s sought to leave us behind with the development of the electronic ignition. It seems that about the same time, all kinds of anti-pollution gear got crammed under the hood. One of our group said he knew of a former auto dealer who ripped out everything he couldn’t identify from the engines of his personal vehicles.

With today’s “transverse-mounted” — I’d call it sideways mounted — engines, there are even fewer things we old PPC (points, plugs, condenser) guys can recognize under the hood. In fact, the battery in my wife’s car isn’t even accessed through the hood, but instead through a panel in the floor board between the seats. The floor of a car probably hasn’t been composed of boards in 75 years, but old habits die hard.

In true Frost fashion, as way led on to another way around the coffee table, we jumped from battery compartments into the discussion about internal combustion engines versus electric motors for future vehicles.

We’d just about dismissed electric cars and trucks as impractical, based in no small measure on anecdotal evidence from one of our group who said his friend in Fayetteville swaps his electric vehicle for his wife’s full-sized SUV for one-day round trips to Little Rock for fear he’ll run out of juice. Hybrids with a gasoline engine as well as an electric motor, we conceded, may have a place in our rural state with long stretches of highway with no towns and no charging stations. Charging stations are in our future in Arkansas, but they’re not widespread yet.

Then along comes a report from Associated Press writer Tom Krisher, no doubt trying to spark our interest in a new generation of muscle cars. The Chevrolet Corvette, and the Dodge Charger and Challenger are among the brands consumers can expect to see in the future offered as electric vehicles.

Dodge, one might not know, is a brand of Stellantis, the company formed in 2021 by the merger of France’s Peugot and Fiat Chrysler. Stellantis has 16 brands and the merged company is headquartered in Amsterdam. Stellantis is used exclusively to identify the corporate entity, while group brand names and logos remain unchanged.

Dodge in August unveiled an electric-powered Charger Daytona SRT concept car which is said to be close to the one that will be produced in 2024. Stellantis is scheduled to stop making gasoline-fueled versions of the Challenger and Charger muscle cars and the full-size Chrysler 300 by the end of 2023.

General Motors said it will build an electric Corvette, and Audi, Mercedes, Porsche and Tesla have high-performance electric vehicles. Tesla claims its Model S Plaid is the fastest production vehicle made, claiming it can go from 0 to 60 mph in under 2 seconds. If our parents thought we were unsafe behind the wheel of a gas-burner, just imagine the nail-biting this kind of speed represents for future parents.

Carmakers say their new all-electric models are faster than many current gasoline-powered production cars and handle better than gas-burners since electrics have lower centers of gravity because of the weight of the batteries.

Of course, one big reason for conversion to electricity is stricter pollution rules and fuel-economy standards. The standards for gas burners will become progressively more restrictive.

Tim Kuniskis, CEO of the Dodge brand for Stellantis, acknowledged that an electric muscle car lacks the emotion, drama and what he called the “kind of dangerous feeling” that a gas engine has “when it’s loud and rumbling and shifting and moving the car around.”

But for people who miss that sound, he said, the electric Charger will generate its own air flow to make exhaust noise that sounds like gasoline muscle cars.

That’s a good thing. Maybe that faux thundering rumble will keep us old guys, already in danger of being outpaced by the future, from getting run over by an otherwise silent electric muscle car.

Editor’s note: Paul Holmes is editor-at-large for Northeast Arkansas Talk Business & Politics. He can be reached at [email protected] The opinions expressed are those of the author. 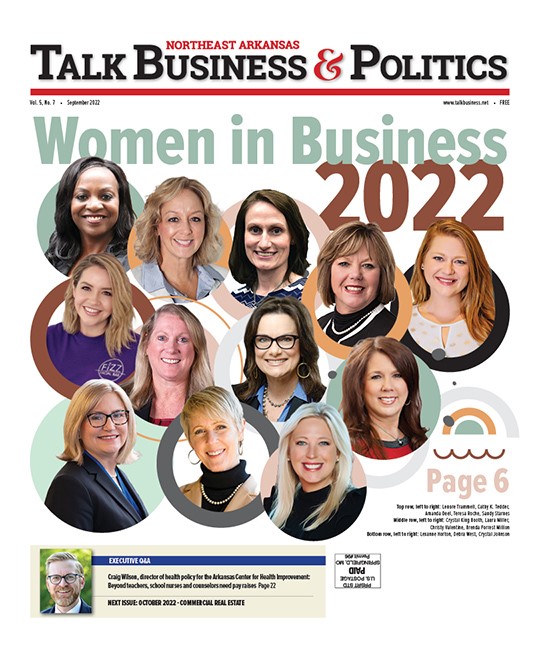