Former Arkansas legislator Denny Altes, who is a Republican candidate for Sebastian County Judge, has been charged with one count of abuse of public trust, a class C felony. A trial is expected in the case but no date has been set.

Altes served in the House of Representatives from 1999-2003 and represented Senate District 13 from 2003 to 2011. He returned to the House of Representatives in 2011 and represented the 76th District until January 2015. Altes has also served two stints with the Sebastian County Quorum Court. He also served as Arkansas’ drug czar under Gov. Asa Hutchinson.

Emily White, a special prosecuting attorney for the 12th Judicial District, investigated the case, which, according to sources, includes the effort by Altes to bribe Hotz so he would not run for county judge. White filed a motion seeking to limit public disclosure of details about the case. 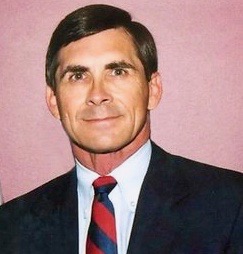 “That the serious nature of these charges require that all possible steps be taken by the Court to avoid unfair publicity that would prejudice the community against either the Defendant and the State of Arkansas to receive a fair and impartial trial,” White noted in her request dated May 6 to limit pre-trial publicity.