The “significant fracture” that shut down the 48-year-old Hernando de Soto Bridge across the Mississippi River between West Memphis and Memphis on Tuesday (May 11) could have led to a “catastrophic event,” according to Arkansas Department of Transportation (ArDOT) Director Lori Tudor, and it’s too early to tell when either a short-term or long-term solution will be available.

The fracture is located about three-fourths of the way across the bridge from West Memphis to Memphis near where the two arches meet to form an “M.”

Tudor made her remarks during a Wednesday press conference where she said the fracture was discovered early in the afternoon on May 11 and occurred on one of two 900-foot, 24-inch-by-32-inch steel beams supporting the span across the river. In a press conference in Memphis, Tennessee Department of Transportation Chief Engineer Paul Degges said it was too early to tell when the bridge will reopen.

“Certainly, it’s plausible that this could be months rather than weeks,” he said. “We are hopeful that we can find a solution that would allow us to proceed with some opening of traffic, but right now we just don’t know.”

He said the department hoped to know whether barge traffic can be restarted in the next day or so.

Steve Frisbee, ArDOT assistant chief engineer for operations, said the outside and the top of the beam are completely fractured. About two inches on the bottom are fractured, and the inside of the beam is intact. The bridge is also supported by girders and vertical trusses. 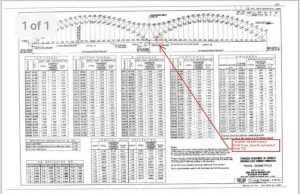 Tudor said the fracture was likely caused by fatigue of a bridge that was opened to traffic in 1973 and carries 41,000 vehicles per day, 30% of it commercial. The bridge expands and contracts based on the weather. She compared it to what happens when a paper clip is bent back and forth until it breaks. Frisbee said he did not believe the fracture was caused by human activities.

ArDOT and TDOT have called engineering experts in bridge forensics to perform a diagnostic evaluation. Degges said it will have to be determined if the bridge can support its own weight and whether barge traffic can be restarted. More study will determine how much traffic the bridge can carry. He said TDOT had noticed some rust along the fracture, so it could have been at least a week that it has been present.

Rex Vines, ArDOT’s deputy director and chief engineer, said the beam on the other side of the bridge is intact.

“We’re reviewing it, monitoring the bridge, but there’s no indication of any other issues,” he said. 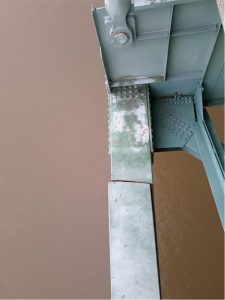 “Don’t worry about the funding,” she said. “We’re going to get that bridge up and going again. We’ll figure out a way if it means we have to go straight to Washington, but we’ll take care of it.”

The fracture was discovered during a scheduled inspection by Michael Baker International, an outside consulting firm. It had not appeared when the bridge was last inspected in September 2020.

Emergency services was immediately notified and the Memphis Police Department was dispatched. The bridge was closed to traffic and traffic was rerouted to the Interstate 55 bridge, which was built in 1949. It also is inspected annually, the last one occurring in August 2020. Frisbee said the department is looking at that bridge again as a precaution. Tudor said a comprehensive seismic retrofit of the bridge was completed in 2011. It strengthened the bridge’s foundations but did not modify the beams.

Most traffic is re-routed to the I-55 bridge south of the I-40 bridge. According to the Arkansas Trucking Association, the I-55 bridge already carries more than 55,000 vehicles a day, 14,000 of them commercial trucks.

“It’s fortunate this fracture was discovered during a routine inspection and not as part of an investigation following a catastrophic incident,” Arkansas Trucking Association President Shannon Newton said in a statement. “However, it doesn’t change the fact that this closure will have a significant ripple effect on the already strained supply chain. Between increased consumer demand, the driver shortage and now a major bottleneck in Memphis, shippers and consumers across the country should be prepared for longer shipping times until the I-40 Hernando de Soto Bridge is re-opened.”