Arkansas enters 2021 “on Normandy beach” – on the counterattack and establishing a beachhead, but with difficult battles still ahead.

Dr. Joe Thompson, president and CEO of the Arkansas Center for Health Improvement, made the comparison between the COVID-19 pandemic and the World War II D-Day invasion in a recent interview with Talk Business & Politics. During World War II, the Allies still had 11 months of combat remaining in Europe after the hard-fought initial stages of the invasion. With the pandemic, vaccines are being distributed but won’t be available to everyone for months, and it remains to be seen how effective they will be, how long they will last, and how many Americans will accept them.

Thompson predicted a “very challenging” couple of months immediately ahead. However, things have changed from maybe a month ago, when many people did not know anyone infected with COVID, he said. Now, most people should know someone who has had the disease and probably know someone who had a difficult time with it.

“I think we’ve got six more months, the first half of 2021, (when) we’re going to still be in the same situation we are now: needing to mask, needing to distance, needing to protect folks,” he said.

Thompson said the second half of the year will be more normalized. He expects regular football seasons next fall and hopefully a return of traditional holiday celebrations. However, COVID-19 won’t be in our rear-view mirror. Americans will continue to grapple with a disease where they don’t agree about its severity or how to address it. 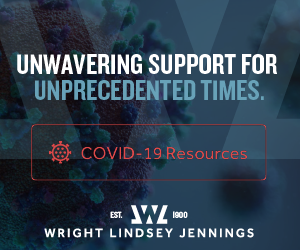 “I think we are going to have some tough conversations around … if you have not been vaccinated, do you have the same liberties as those who have been vaccinated – you know, sporting events, movies, whatever,” Thompson said. “That will be a tough set of decisions, and it probably won’t be the same state by state. I think our state is probably not going to have the higher levels of protection or the requirements in place, but I think some states will.”

Thompson said some employers will require employees to be vaccinated. Hospital systems already require employees to be vaccinated against the flu. Vaccine refusers might see a loss of job opportunities. Thompson said the first two approved vaccines appear to be safe and effective, although it’s not known how long they will last. He hopes people will get vaccinated when they have the chance. As cases, hospitalizations and deaths increase, many will want the vaccine.

Dr. Jennifer Dillaha, the state’s epidemiologist, agreed with that assessment, saying, “I think that these vaccines are going to sell themselves.” And like Thompson, she believes the next few weeks will be characterized by “potential great difficulty.” While there is “hope on the horizon” thanks to the vaccines, she said it will be a while before something close to normalcy returns.

“I do not think that we will see a change in the trajectory of the pandemic and its impact on Arkansas until probably late spring or early summer,” she said.

Ray Hanley, president and CEO of the Arkansas Foundation for Medical Care, noted the shifting fortunes of medical providers during the pandemic. Earlier in the year, waiting rooms were empty, and revenues were down because so few patients were coming for care for any reason. Now, hospitals are struggling to find enough nurses to deal with the pandemic. Hanley’s organization has seen its employee rolls balloon during the pandemic, from 300 in February to more than 700 because of additional work doing contact tracing, case investigations and testing.

Arkansas has faced some particular challenges with the pandemic. It’s an older, unhealthier, and poorer state, all of which contribute to worse outcomes.

One thing it has had going for it is its Arkansas Works program, Hanley said. The program uses federal dollars through the Affordable Care Act (Obamacare) to purchase private health insurance for lower-income adults. At the beginning of the year, it covered 250,000 people. By Dec. 1, it covered more than 300,000 as individuals have had to shift to government coverage because of a loss of income.

The program will need a federal waiver from the Biden administration in order to continue, which means it must be reauthorized by the Legislature this year. The legality of its work requirement for beneficiaries is being considered by the U.S. Supreme Court, but it’s questionable as to whether the Biden administration would approve a continuance of that part of the program, anyway. The overall program depends on another Supreme Court case regarding the constitutionality of the Affordable Care Act itself. Arkansas under Attorney General Leslie Rutledge has joined a Texas lawsuit seeking to overturn the law.

The pandemic is resulting in other long-term changes to the state’s health care system. Thompson said the deployment of telemedicine has been accelerated by maybe a decade and won’t be reversed. The widespread adoption of telemedicine will require changes in payment methods and certifications. Also, he believes people may be more health conscious as a result of the pandemic. A fixed Medicare payment system, rather than a fee-for-service one, will become an option for rural hospitals.

Hanley agreed with Thompson that telemedicine is here to stay. He sees a greater appreciation for public health and for the threat of infectious diseases. As for the future, he said other pathogens will emerge for which the world must be ready. Hopefully, lessons have been learned from COVID-19.

“This isn’t going to be the last pandemic,” he said.

In the meantime, we’re still in the middle of this one. Vaccines are arriving but are only available for some, and they may or may not work as well as advertised. Treatments are improving. However, cases and hospitalizations continue to rise, and the death count in Arkansas increases by several dozen a day. To combat it, Dillaha had the same advice that public health authorities have been offering for many months: Wear a mask, socially distance from others, and avoid large groups.

“I believe that eventually we will be on the other side of this,” she said. “I think the important thing is to stay focused, to do the things that we know will be helpful, support each other and our neighbors, our families and our communities, and I think if we work together we will all be much stronger by the time we get on the other side of this.”