South Carolina had a big presence on the first night of the Republican National Convention as two of that state’s political stars gave primetime speeches.

She touted sanctions and reset priorities involving North Korea and Iran as well as moving the U.S. Embassy in Israel to Jerusalem as high marks in Trump’s foreign policy achievements.

Haley, the daughter of Indian immigrants, also focused on race relations in America.

“My father wore a turban. My mother wore a sari,” Haley said. “I was a brown girl in a black and white world… In much of the Democratic Party, it is now fashionable to say that America is racist. That is a lie. America is not a racist country.”

“It’s about how we respond when tackling critical issues like police reform,” Scott said. “When Democrats called our work a ‘token’ effort, they walked out of the room during negotiations because they wanted the issue more than they wanted a solution.”

“When it comes to what Joe Biden says he’ll do,” Scott said. “Look at his actions. Look at his policies. Look at what he already did and did not do while he’s been in Washington for 47 years.”

“Joe Biden is basically the Loch Ness Monster of the swamp,” Trump Jr. said. “For the past half-century, he’s been lurking around in there. He sticks his head up every now and then to run for president, then he disappears and doesn’t do much in between.”

PRESIDENTIAL SURPRISE
On Day One, the RNC delegates delivered a roll call vote to officially nominate Trump and Vice President Mike Pence as their party’s standard-bearers.

President Trump made a surprise appearance at the RNC in Charlotte, North Carolina earlier in the day. He gave a lengthy speech to the in-person audience of state delegates and Republican Party leaders.

Trump spent his talk discussing a wide range of topics spanning from jobs and the economy to the coronavirus to election integrity.

“They’re using COVID to defraud the American people,” Trump told delegates. “The only way they can take this election away from us is if this is a rigged election… We’re going to win.”

In the primetime portion of the RNC, Trump appeared in pre-recorded discussions with frontline COVID-19 healthcare workers and hostages who were released under his leadership.

A common theme of the night was that a Biden-Harris administration would govern as “left-wing radicals.”

WESTERMAN REACTS
Talk Business & Politics summarized highlights from the Democratic National Convention last week and will report on the Republican National Convention this week. Each night, a prominent party official or candidate will be asked for commentary and feedback on the evening’s events. 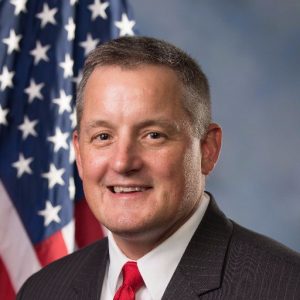 U.S. Rep. Bruce Westerman, R-Hot Springs, reacted to the night’s events and the first day of the GOP convention. Westerman is being challenged by William Hanson, a Democrat from Camden.

TB&P: What did you think of the first night of the GOP convention? Is this format good for communicating to voters?

Rep. Westerman: As a whole, the speakers were genuine and relational. Herschel Walker and Tim Scott were especially on-point and inspirational. They provided hope that springs from the successes of our past with an optimistic vision of America in the future.

TB&P: What did you think of the President’s remarks tonight?

Westerman: The President’s appearances throughout the broadcast were in sharp contrast to Biden’s intentional reclusiveness. It was good to see the president talking one-on-one with Americans from many walks of life.

TB&P: Who else or what else impressed you this evening?

Westerman: Republicans actually talked about our record and issues we want to solve in the future. Republicans have hope and plenty to champion contrasted to the Democrat convention theme of opposition.