Talk Business & Politics asked candidates in the five contested judicial races in Sebastian County for a 350-word essay on why they are the best person in their respective race. Candidate essays from all five races will be posted this week.

Following are the essays from Administrative Law Judge Amy Grimes and Judge Jim O’Hern, who are candidates in the Fort Smith District Court, Division I race. The essays are posted in alphabetical order.

• Amy Grimes
I am the most qualified candidate in the race for Fort Smith District Court, Division 1. After law school, I returned to Fort Smith where I practiced criminal law extensively in District and Circuit Court. During my 20 years of legal practice, I have served as legal counsel to the Governor, handling criminal justice issues, legislative issues, the Department of Corrections as well as pardon applications. Currently, I serve our community for as an Administrative Law Judge. For the past nine years, I have handled a civil docket including settlement hearings, motion hearings and full hearings on the merits of cases involving injured workers and employers in Fort Smith. In addition, I have served as special justice to the Arkansas Supreme Court.

I have been fortunate to have practiced with many wonderful judges in Fort Smith and Sebastian County. Those experiences have allowed me to form a judicial philosophy that has served me well. A successful judge displays a judicial temperament and does not engage in questionable conduct. Fort Smith District Court, Division 1, should be effective, efficient and contributing. 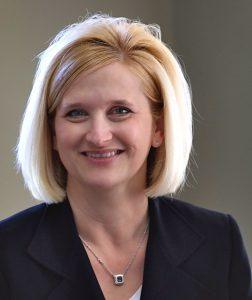 As District Judge, I will ensure that court is effective in the administration of justice and that taxpayer dollars are used efficiently. I will work to ensure that any alternative sentencing programs make efficient use of tax payer dollars, hold participants accountable and result in the return of individuals to our community to become contributing members of Fort Smith. We must face the issues of jail overcrowding through the use of smart alternative sentences and programs that address the whole cause of criminal behavior. District Court must always strive to keep our community safe and hold the appropriate offenders accountable.

I believe that a District Judge should be a respected, contributing member of our community. As your District Court Judge, I will listen to the citizens of Fort Smith, to court staff, bailiffs and law enforcement officers. I am the only candidate in the race for Division 1 with nine years of judicial experience and I want to put that experience to work and improve Fort Smith District Court.

• Jim O’Hern
I am the most qualified candidate for Fort Smith District Court, Division One. In the last three plus years on the bench, I have presided over 30,000 cases keeping our court docket current, relevant and effective. I use a practical and common sense approach in my thinking as a judge. I am constantly aware of the tremendous trust which the citizens of Fort Smith have placed in me as an elected official. 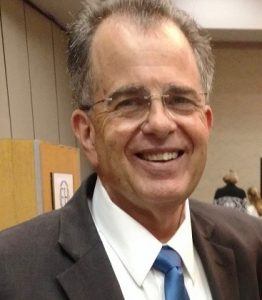 On September 17, 2018 the Fort Smith District Court launched a voluntary Community Diversion Program which is available for non violent misdemeanor offenders. This model program has been so successful that numerous District Courts across the state have adopted its model.

On April 1, 2019 I started a pilot voluntary DWI Court for second and third offenders. Public safety is a top priority. This Specialty Court was started to address the habitual DWI offenders and to give them an opportunity to regain their self respect, to change their destructive behavior and become safe drivers on the roads and highways of our city and state.

I am passionate about the law and my position as judge. I want to continue improving and broadening current District Court projects which have been undertaken to impact public safety, and further rehabilitation pathways and programs for nonviolent offenders such as DWI, substance dependency and theft. We need to continue to promote viable avenues to responsible citizenship. I ask for your vote on March 3rd.