Denise Ennett defeated Darrell Stephens by 583-426 votes (58-42%) on Tuesday (Sept. 3), according to unofficial but complete results.

Democrats Ennett and Stephens were the two finalists in the runoff race to replace Blake, who resigned to serve as Little Rock Mayor Frank Scott’s chief of staff. Gov. Asa Hutchinson called for the special primary election for the vacant District 36 House seat earlier this summer after Blake resigned his seat on May 16.

Ennett, a homemaker, and Stephens, a businessman, emerged from the Democratic primary on Aug. 6 that included five candidates vying for the seat that historically has had an African-American majority. 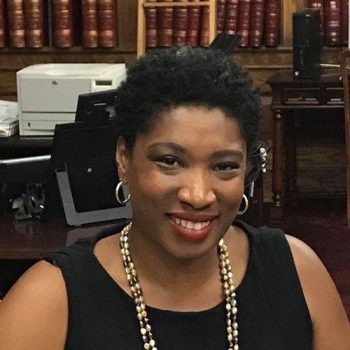 Ennett garnered 33% of the vote to Stephens’ 31% in the special election that saw turnout of just 8.5%. The two runoff contestants defeated Phillip Hood, a law clerk at the State Workers’ Compensation Commission; Roderick Talley, a local barber and businessman; and Russell R. Williams, III, a local college student.

No Republican candidates filed to run for the vacant District 36 position, one of the state’s 100 House of Representatives seats, so the winner of the Democratic primary – Denise Ennett – will serve out the remainder of Blake’s term of office, which runs through end of 2020. Another election will be held In November 2020 to determine who will serve during the 93rd General Assembly that begins in January 2021.