Democrat Celeste Williams of Bella Vista appears to be gearing up to run against incumbent GOP U.S. Rep. Steve Womack, R-Rogers, in 2020.

Williams, who lost a race for Arkansas State Representative in 2018, distributed an email on Friday (Aug. 9) that said she will make a “special announcement about the Third Congressional District” on Wednesday, Aug. 14 at 6 p.m. at Frisco Park in Rogers.

Also according to a Federal Election Commission (FEC) filing dated Aug. 7, 2019, Williams has filed a statement of candidacy to be a 2020 candidate for the U.S. House, AR-03 as a Democrat. 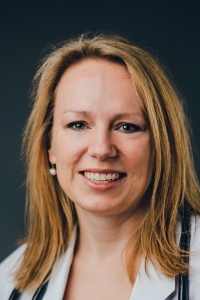 Williams declined to comment to Talk Business & Politics when reached on Saturday (Aug. 10), but indicated she would provide a statement on Aug. 14.

Womack was first elected to Congress in 2010. He defeated Democrat Josh Mahony of Fayetteville in 2018. Mahony is running for the U.S. Senate against U.S. Sen. Tom Cotton, R-Ark.