Matthew Coe will run for circuit judge in the Second Judicial District. The district encompasses the counties of Clay, Craighead, Crittenden, Greene, Mississippi and Poinsett.

“After considerable thought, prayer, and encouragement from my friends, colleagues and members of our judiciary, I am excited to announce my decision and commitment to run for Circuit Judge in the upcoming 2020 election. I will seek to fill the Second Judicial District Division 8 position, currently held by my friend Judge John Fogleman, who has announced he will retire and not seek re-election.” Coe said.

Coe is a partner in the Law Firm of Rogers, Coe and Sumpter (formerly Fogleman, Rogers and Coe) and has served in that capacity since 2005. Since 2012, Coe has served as a deputy prosecuting attorney for Crittenden County, a county with one of the highest criminal caseloads per population in the district. Coe emphasized his courtroom experience as a reason people should consider him when casting their votes. 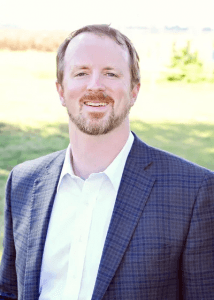 “I have litigated thousands of cases before the circuit court from complex civil litigation (both plaintiff and defense), divorce and child custody cases, juvenile court cases, criminal cases, half day bench trials to week-long jury trials. I am confident that my experience in the courtroom, dedication to the principles of hard work and preparation, as well as my demeanor will be beneficial to the public as a Circuit Judge.”

Matthew and his wife, Robin McDaniel Coe, have three children, Rachel, Mason & Wesley. They are members of the Marion United Methodist Church, where Matthew serves on the council board. Away from work, he enjoys spending time with his family and hunting with his children and friends, according to announcement statement.