Former Little Rock Mayor Mark Stodola has joined the Barber Law Firm in Little Rock as an attorney for the group. Stodola served for 12 years a mayor of Arkansas’ capital city.

At Barber Law Firm, Stodola said he will focus his practice in the areas of government relations, business and regulatory transactions, and real estate.

Stodola was recently selected as a member of the Mayor’s Council of the Kauffman Foundation of Kansas City, a renowned national foundation dedicated to entrepreneurship.

From 2017 to 2019, Stodola served as president of the National League of Cities, the largest organization representing America’s cities and their leaders. As president of NLC, Stodola advocated on behalf of more than 19,000 cities and towns, focusing on the critical issues of municipal infrastructure, public safety, economic development, telecommunications, smart city applications, and preparing cities for the future of work.

“Mark has the practical knowledge and innovative experience to support clients who are tackling opportunities that require navigating negotiations and regulations at all levels of government,” said Perry Wilson, managing member of Barber Law Firm PLLC. “He has been in a unique position to cultivate many public-private partnerships, and he brings those development skills to our clients. Barber Law Firm PLLC is a full-service business law firm with over 100 years of history and experience, but we continue to look to the future on behalf of our clients and communities.” 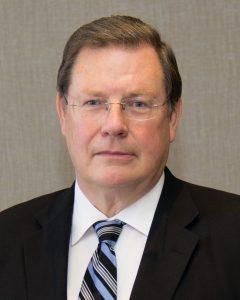 Stodola’s tenure as mayor was marked by a number of economic development successes, Little Rock Main Street’s “Creative Corridor”, and the rise of the city’s Technology Park. According to a press release on his Barber firm affiliation, Stodola helped bring in more than $1.3 billion in new capital investment to the city, resulting in more than 7,000 new jobs and $280 million in new payroll. He also crafted a major bond initiative that resulted in $6.9 million in capital improvements to the city’s park system and led a successful campaign to increase the city’s sales tax. The latter, in addition to the renewal of a dedicated millage for infrastructure, is providing $298 million in capital improvements for the city.

Prior to becoming mayor, he served as a senior partner in the Little Rock law firm Catlett & Stodola PLC. He has served as general counsel to the Little Rock Airport Commission and represented various cities and counties throughout the state. He has provided government relations services to state and national trade organizations and has assisted clients on a variety of legal and regulatory issues, particularly in the technology, telecommunications, transportation, medical and entertainment sectors.

He also served as city attorney of Little Rock for six years and prosecuting attorney for the 6th Judicial District of Arkansas for three terms.

Stodola currently serves as an adjunct professor at the Clinton School of Public Service.

Previous post
Riff Raff: The ‘good vibe’ in downtown Van Buren
Next post
One in 10 households pay energy bills indirectly as part of rent or fees