Walmart announced late Friday Rachel Brand will join the company as executive vice president, global governance and corporate secretary. Brand will report to CEO Doug McMillon and is replacing Jeff Gearhart who retired at the end of January.

She will be responsible for the organization’s legal, global ethics and compliance and global Investigation, security, aviation and travel departments, along with her role as corporate secretary. Brand will begin her duties April 2 after relocating to Bentonville.

“We are fortunate to have a leader of Rachel Brand’s stature join the company,” McMillon said. “We have strengthened our governance capabilities and Rachel will help us continue on that journey. Her strong character, capabilities and experience will enable her to contribute broadly as we shape the future of Walmart and strive to serve our customers even more effectively.” 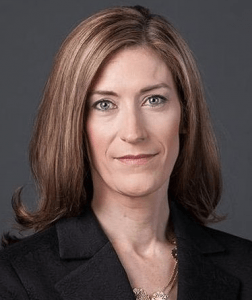 After graduating from Harvard Law School, where she served as deputy editor-in-chief of the Harvard Journal of Law and Public Policy, Brand clerked on the Massachusetts Supreme Court and then the U.S. Supreme Court, where she clerked for Justice Anthony Kennedy. Brand previously served as Assistant Attorney General for the Office of Legal Policy in the George W. Bush administration and was appointed by President Barack Obama to serve on the Privacy and Civil Liberties Oversight Board.

Outside of government, she served as an associate professor of law at George Mason University’s Antonin Scalia Law School, an adjunct professor at George Washington University Law School and a private-practice lawyer in Washington, D.C. Brand earned a bachelor’s degree from the University of Minnesota-Morris.