Jonesboro E-911 Director Jeff Presley narrowly lost the Craighead County judge’s race in 2016 to incumbent Democrat Ed Hill. Presley told Talk Business & Politics he only lost the race by about 300 votes, (17,570-17,237) and he immediately planned to run again. This time there’s no doubt in his mind he will win.

“I’m all in … I feel like Craighead County needs some good, positive leadership,” he said.

Hill announced last week he won’t seek a fifth term as judge. He has served in that office since 2011. That obstacle may have been removed, but Presley said he expects there to be a Republican primary in the race.

If elected, the 58-year-old said one of his first objectives will be to audit all property and equipment owned by the county. There hasn’t been enough transparency in recent years, and it needs to change, he said. Presley will hold quarterly town hall meetings to discuss grants, projects, the budget, and other county concerns, he said. All county policies and procedures will come under review, he said.

A recent lawsuit settled by the county with a former employee over pay is troubling, Presley said. The county reportedly agreed to pay a former employee $25,000 to settle the dispute. County officials agreed to the settlement because the cost to fight the case in court would have been much more. Presley said he doesn’t think the public was given enough information before the Craighead County Quorum Court voted for the settlement, he said.

Presley plans to appoint a committee to ensure the county is as transparent as possible. Another goal is to establish a human resources department within the county. A county the size of Craighead County needs an HR department, and if there had been one, the pay dispute with the former employee might have been avoided, he said. 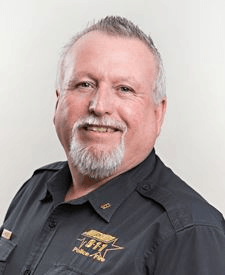 Presley has spent 24 years working in the city’s E-911 Center and he is its director. Prior to that, he spent two years as an administrator for the Craighead County Detention Center. He has experience in construction, and he helped to build several schools throughout the county.

He’s never held public office and his first run at the judge’s seat was his first foray into politics. He thinks county offices in Arkansas should be non-partisan, just like in municipalities. Presley said he’s seeking a political office, but he will never consider himself a politician. Jobs under his administration will be doled on a qualifications scale, he said.

Craighead County’s budget is $30.414 million in 2018. The number of county employees fluctuates from 280 to 324 based on how full- and part-time jobs are calculated, and if elected officials such as justices of the peace are added to the rolls, Craighead County Treasurer Terry McNatt said.