Games previously worked at Entergy as a senior project manager in the economic development group from 1998 to 2007. He is executive vice president, global business, with the Arkansas Economic Development Commission.

“Danny is an excellent fit for this job,” said Entergy Arkansas President and CEO Rick Riley. “Having worked with Entergy Arkansas already, he knows and understands our customers and our industry. Having worked in other businesses and for the AEDC, he’s developed an impressive resume that has prepared him well for this new step in his career. Danny has a strong track record with community leaders and the team at the AEDC, and we’re thrilled to have him take over leadership of the Entergy Arkansas Office of Economic Development and continue the good work he’s been doing up to now.”

At Entergy Arkansas, Games will lead a team of seven professionals responsible for community development, recruiting new business to Arkansas and retaining and expanding existing businesses.

Games was appointed to his AEDC job by Governor Asa Hutchinson in January 2015. He directs the business development, business finance, community development, existing business and minority and women-owned business divisions at AEDC. 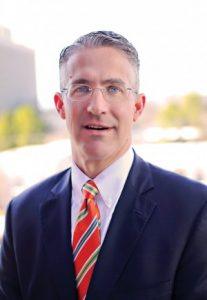 Games has more than 14 years of economic development experience at state and local levels, and over 16 years of experience in management positions with BHP Billiton, Chesapeake Energy and Entergy Arkansas.

In 2006, Games served as president of Arkansas Economic Developers and is a former Arkansas State Chamber and Metro Little Rock Alliance board member. He serves on the board of the Arkansas Environmental Federation and is a gubernatorial appointee to the Arkansas Geographic Information Systems board.