It’s not slowing. In fact, the home sales in Arkansas’ four largest markets that began to explode in 2015 gained momentum in the first half of 2016, with sales up more than 13% and the average home price up more than 4%.

The Arkansas Home Sales Report captures home sales data in the state’s 14 most populated counties within its four largest metro areas – Central Arkansas, the Fort Smith area, Jonesboro/Northeast Arkansas and Northwest Arkansas. The report, which records closed sales, accounts for between 70% and 75% of total Arkansas home sales. The report is produced by Talk Business & Politics and is sponsored by El Dorado-based Deltic Timber and Lowell-based Arvest Bank. 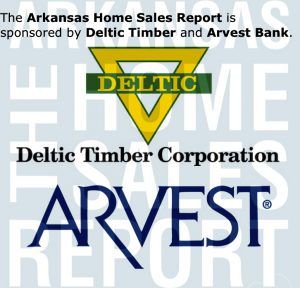 ‘HEALTHY, ROBUST EXPANSE’
Michael Pakko, chief economist  and state economic forecaster at the Institute for Economic Advancement (IEA) at the University of Arkansas at Little Rock, said the housing market seems to have recovered from the Great Recession.

“It really appears to me that sales this year are at least in the same ballpark as where we were in 2006 before the downturn,” Pakko said, adding that sales in Arkansas for 2016 have eclipsed those in 2006 both in terms of volume and average sales prices.

Pakko also said there are some economic changes to consider over the past decade, For one thing, there has been population growth in Arkansas and that has likely influenced sales. Additionally, he is not seeing “overenthusiastic markets” that were present in 2006, meaning that there is a lot less speculative building – people are generally more cautious about real estate markets now than they were 10 years ago.

“We’re seeing a healthy, robust expanse into the housing market in light of an improving economy,” he said.

A concern of Realtors was rising interest rates in the back half of 2016, but the Brexit vote and other domestic global issues have pushed interests lower, not higher. Mortgage rates have remained below 4% for most of the year, with rates in late July closer to 3.5%.

“Mortgage rates were already low for potential homebuyers and this drop creates an even better opportunity for them to save money and secure an even lower rate when purchasing or refinancing a home,” said Steven Plaisance, president and CEO of Arvest Bank Mortgage Division.

Plaisance said the lender is seeing lots of activity for new purchases and refinances, which is some cases is saving customers $200 per month. The Mortgage Bankers Association also reports a 14.2% increase in mortgage applications following the drop in interest rates that was triggered by the Brexit vote. 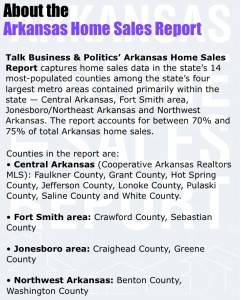 Link here for a PDF document of the June 2016 data.