The new logo is expected to be used in the 2016-2017 school year following a Fort Smith School Board decision to end use of the “Rebels” mascot and end use of playing “Dixie” as the school’s fight song.

The controversial and often emotional process to change the mascot began in late June with a School Board committee vote. The Fort Smith Public School Board then voted 7-0 on July 27, 2015, to change the mascot and end use of the “Dixie” fight song that has been associated with the school since it opened in 1963. The Board voted to discontinue use of “Dixie” as the Southside High School fight song in the 2015-2016 school year and to drop the Rebel as the Southside mascot in the 2016-2017 school year.

Southside High School was formed in 1963 and over the years there have been attempts to change the mascot. One of those happened in the late 1980s when a school board committee pushed for a change. The effort failed to gain support from a majority of those then on the Board.

The 30-person group tasked to find a new mascot for Southside High School in Fort Smith first met Sept. 21. The 30-person committee included the 14 people who recently selected Wabash Cannonball as the new Southside fight song. The committee on Oct. 12 recommended “Mavericks” as the new logo, and in early November selected the logo.

However, the logo was identical to a logo version used by the Dallas Desperados. The team was part of the Arena Football League between 2002 and 2008. Rights to the team belong to Jerry Jones, Arkansas native and owner of the Dallas Cowboys. Further research showed that Verlander still owned the rights to the logo, and he told Talk Business & Politics that he not only would let the school use the logo, but would at no cost help with any refinement needed. 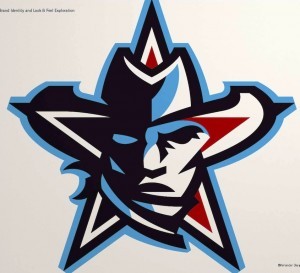 Barring involvement by the School Board or top school staff, the logo Haver sent to the media is the presumptive new logo.

However, Fort Smith attorney Joey McCutchen, the most vocal opponent to the mascot and fight song change, has said he will seek candidates in the 2016 School Board election that will push to overturn the mascot change and reinstate Rebels as the mascot and Dixie as the fight song.

“We may not always agree, but we need candidates, who are willing to take stands on issues, and I would like to see a School Board candidate, who is going to be supportive of having another vote on the Rebel issue,” McCutchen told Talk Business & Politics in an early December interview.