Editor’s note: The Arkansas Tourism Ticker is sponsored by the Arkansas Hospitality Association.

The pace has not slackened for Arkansas’ travel and tourism industry. The state’s second largest economic sector has in the first eight months of 2015 posted healthy gains in municipal hospitality tax revenue, the statewide tourism tax, and tourism-related jobs.

The Arkansas Tourism Ticker is managed by Talk Business & Politics, and uses the following three measurements to review the health of the state’s tourism industry.
• Hospitality tax collections – prepared food tax and lodging tax – of 17 Arkansas cities (cities listed below along with collections for each city);
• Tourism sector employment numbers as reported by the U.S. Bureau of Labor Statistics; and
• Collections of Arkansas’ 2% statewide tourism tax.

Results for the January-August ticker report are:
• +5%
Gain in combined January-August hospitality tax collections in 17 Arkansas cities compared to the same period in 2014; 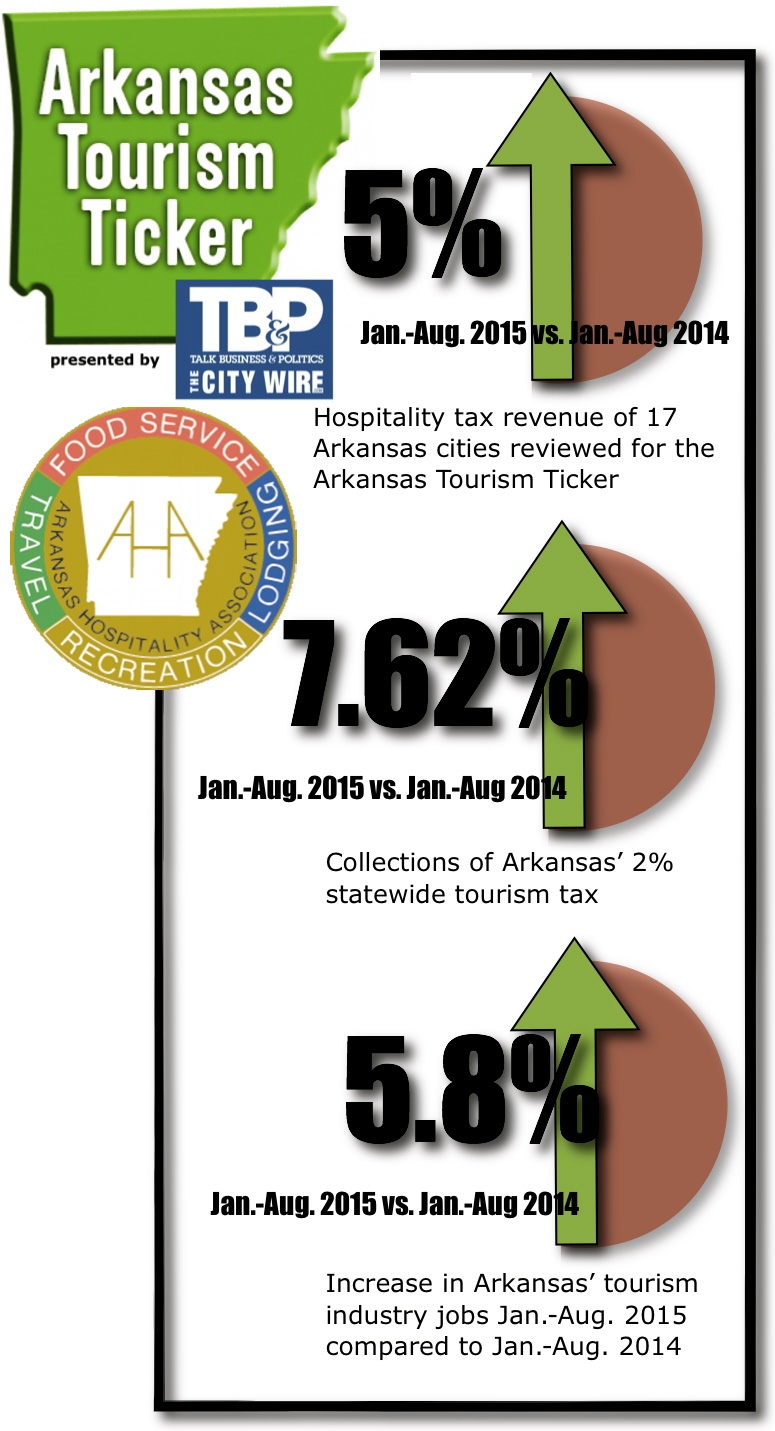 Maryl Koeth, executive director of the Van Buren Advertising and Promotion Commission, said August numbers often dip because consumers are more focused on back to school shopping. She said Van Buren is “well ahead of last year,” and she believes the state will see a “good fall travel season.”

Montine McNulty, executive director of the Arkansas Hospitality Association, said the ticker report is not a surprise.

“This is another strong tourism industry report. The hospitality tax revenues, 2% lodging tax,  and the growth in jobs certainly reflect the success we are experiencing getting people traveling Arkansas,” she said.

During the January-August period, none of the 17 cities surveyed for the Arkansas Tourism Ticker posted a year-over-year decline in collections. Gains for the eight month period ranged from a low of 1.7% in North Little Rock to a high of 20.5% in El Dorado.

STATEWIDE TOURISM TAX
Collections of Arkansas’ 2% tourism tax in January and August totaled $10.177 million, up 7.62% compared to the $9.456 million in January-August of 2014. Collections for the first four months of 2015 set a new record for that month. The May tally missed setting a new record by $120. June, July and August collections each set records for the month.

TOURISM JOB NUMBERS
The monthly jobs average in the travel and tourism sector during January and August was 113,324, up 5.8% compared to an average of 107,112 during the first eight months of 2014.

Travel and tourism sector employment ranged from a low of 112,100 in January to a high of 114,800 in February. The February level, if not revised, set a new record for the sector.

Of the eight metro areas in or connected to Arkansas, the Bureau of Labor Statistics provides tourism employment data on five. The Fort Smith and Memphis-West Memphis areas were the only metro areas to see travel and tourism sector employment declines in the January-August period compared to the same period in 2014. The Memphis-West Memphis area is the only one of the metro areas to see a decline in 2015 compared to 2010. Following are comparisons of the monthly employment averages in the January-August period. 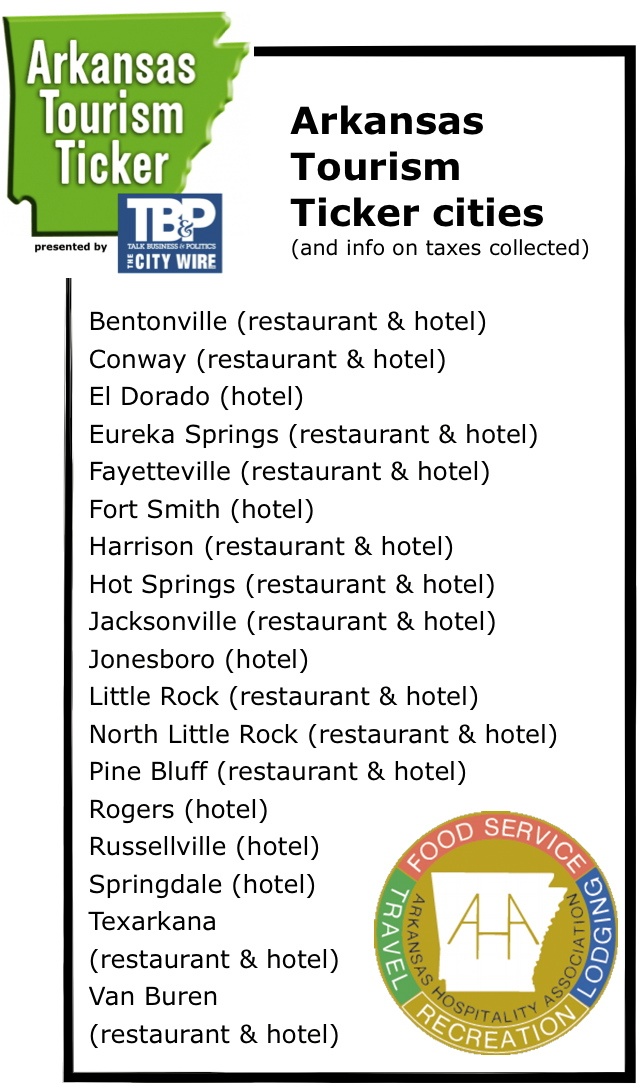