My hats off to the newly-elected incoming Senate today who demonstrated in a tangible way that they are ready to work in a bipartisan manner moving forward.  Yesterday, Gov. Mike Beebe appealed to the legislature to work together across the aisle and today the Senate showed they are ready.

The incoming Senators and Senators-elect met today in their chambers at the capitol to organize for the upcoming session by selecting committees, drawing for seniority, two- or four-year terms, and selecting party and chamber leaders.  Last session, the Senate selected Democratic Sen. Larry Teague as their Pro Temp Designate. But coming off an election where Democrats’ numbers were reduced from a 20-seat majority to a 14-seat minority this was in doubt as the new 21 Republicans were ready to select Sen. Michael Lamoureux as next year’s Pro Temp.

Republicans never got the chance as Democrats beat them to the punch.  After the meeting began, Democratic Sen. Robert Thompson made a motion that the chamber select their Pro Temp for the upcoming session.  This was followed by a nomination from Democratic Sen. David Wyatt for Sen. Lamoureux.  The Senate chamber then elected him as the Pro Temp Designate unanimously.

(Side note – House leadership should take notes.  Currently, Speaker-Designate Democratic Rep. Darrin Williams is trying to figure out a way to keep the Speaker’s chair despite Republicans taking an apparent 51-seat majority.  Today, Republican House members – including one that was just elected to the Senate – were called and asked if they would consider voting for Williams as Speaker.)

Sen. Lamoureux thanked the chamber and spoke of how he planned to serve all Senate members in his position.  He praised Sen. Teague and said that he looked forward to Teague serving as the co-chair of Joint Budget Committee in the upcoming session. 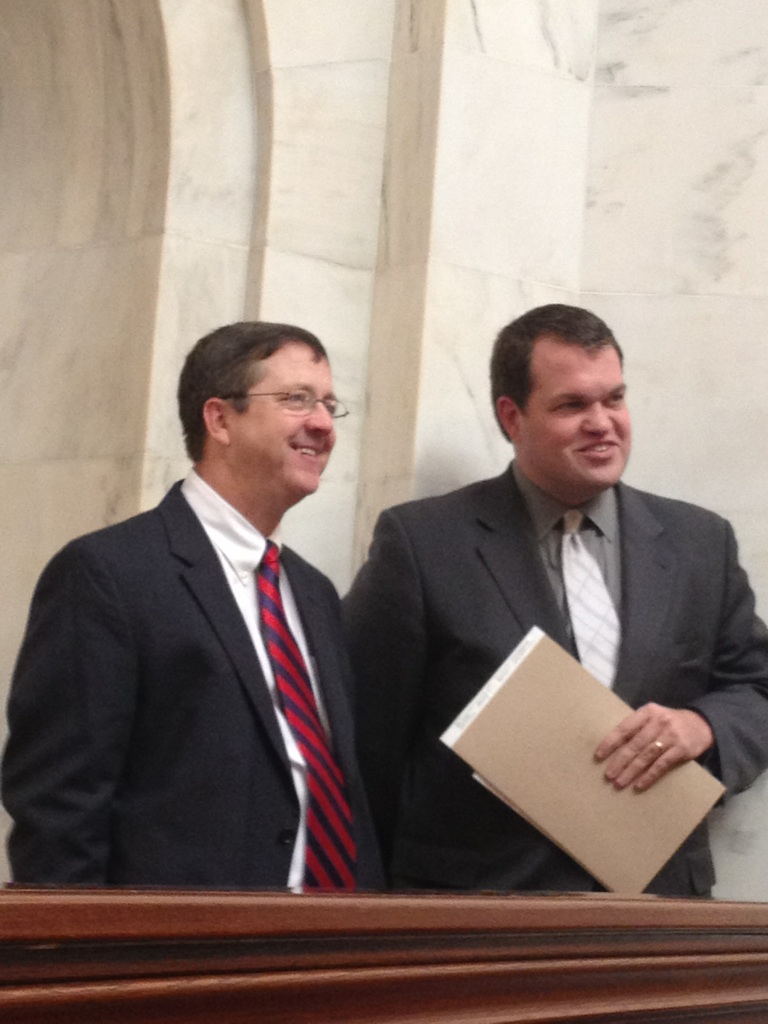 Senators also drew for two or four year terms which of course is highly important for whether members will have to run again in 2014 or 2016.  Since this was the first election after redistricting, all 35 Senate seat were up for election in 2012 but after this the terms stagger with half elected every other biennial.

Here is how the ended up.

Drawing a two year term were the following:

Drawing a four year term were