Yes, things look really nice for Republican candidates right now.  They are leading in all four Congressional races.  They have a 13-point overall generic lead in state legislative races.  President Obama has absolutely zero chance of picking up the state’s six electoral votes.

But don’t fool yourself.  It ain’t over.  In fact, it has not even begun and here is what is fixing to happen.

Democrats will not be surprised by these poll numbers.  Their most recent state financial report shows they spent $44,000 on polling last quarter and they have most certainly spent more since then.  They know they are behind and more importantly they know where it’s close.

Now here’s the scary part.  The bulk of the spending from the DPA has not been on polling, but on opposition research.  Their reports show they have spent close to $200,000 (that we know of) on a hard-hitting D.C. researcher named Alan Reger – who wants to bring his hardball style of Washington politics to Arkansas. 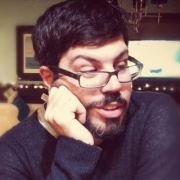 What is Reger’s game plan? He explains some of it in an article he wrote for Campaigns and Elections entitled “Opposition Research: How to Get It Right.”

“Opposition research has become an essential part of modern campaigns,” wrote Reger. “There are two parts to winning any competitive election. One part is demonstrating that your candidate is competent, capable and has values that match the values of the electorate, and the other is demonstrating that your opponent is incompetent, unethical or does not share and represent the values of the electorate. To do this a campaign must conduct research.”

And don’t be naive and think that Reger and the DPA will keep it focused on the issues. Take a look at what he wrote here:  “Make sure the researcher you hire will focus on the political, as well as on the personal background of the candidate. These are very different skills. One involves analyzing legislation and actions by executive branch officials, while the other involves public records, including the collection and analysis of court, property and business records.”

It is fixing to get down and dirty, folks.  The poll numbers show that Arkansans prefer a Republican state legislature so with their Democratic candidates behind on the generic ballot, the DPA will have to try to paint the Republican candidates in as negative a light as possible by digging up as much dirt as possible and slinging the mud.

In addition to the funds spent on Reger, the DPA has also spent close to $70,000 in the past year on consulting fees to his political ally Zac Wright of Wright Strategies, who knows the Arkansas landscape and can help shape the oppo data into the most effective message for the state Democratic candidates.

The DPA has also given $200,000 to the Democratic Legislative Campaign Committee (DLCC) – a national group that assists Democratic state legislative candidates with items such as opposition research.   And the DLCC filed the paperwork for a state PAC this past week.

My point here is not to spell gloom-and-doom for Republican candidates.  They are ahead going into the fourth quarter. But rather to warn you – both candidates and voters – to be ready for what is about to come.

Who would spend hundreds of thousands of dollars on something they never plan to use?  Brace yourself.  The Arkansas Democrats – who have been bemoaning out-of-state special interest groups all last week – are about to bring their hard-hitting, Washington-style negative politics to Arkansas.