In a speech from Fort McHenry where Francis Scott Key was inspired to write “The Star-Spangled Banner,” Vice President Mike Pence officially accepted the nomination for re-election on Wednesday (Aug. 26) at the Republican National Convention. He touted the Trump-Pence administration’s accomplishments and took numerous swipes at Democratic Presidential nominee Joe Biden.

However, female politicians and administration officials were in the spotlight throughout the night touting Trump’s advocacy for women.

Pence gave the keynote speech of the evening and carried forward themes of law and order, a strong economy, military strength and efforts to beat COVID-19. Pence gave the most attention to date at the GOP convention to the coronavirus pandemic that has ravaged the nation for the last six months, resulting in 180,000 deaths and a wrecked national economy.

Pence promised that a COVID-19 vaccine would be produced by the end of the year.

“Joe Biden said ‘no miracle is coming.’ What Joe doesn’t seem to understand is that America is a nation of miracles and we’re on track to have the world’s first safe, effective coronavirus vaccine by the end of this year,” he said.

Pence used his speech to attack Biden on national security, saying the former vice-president had been wrong on foreign policy for nearly 50 years. He also said Biden couldn’t lead the nation to economic renewal in the wake of the coronavirus pandemic, which has sent unemployment spiraling upwards and stalled once-booming commerce. Pence said he and Trump could turn the economy back around.

“There’s no doubt how President Trump sees America. He sees America for what it is: a nation that has done more good in this world than any other. A nation that deserves far more gratitude than grievance… We need four more years of President Donald J. Trump in the White House,” he added.

Karen Pence, a teacher, plans to return to the classroom next week when her school reopens. She highlighted the 100th anniversary of the 19th Amendment, which gave women the right to vote.

“The women’s suffrage movement was the gateway that led to women having the opportunities to achieve monumental milestones and accomplish significant achievements in both civic and governmental roles,” she said. Pence also spent a major portion of her speech voicing support for military spouses.

White House advisor Kellyanne Conway, who is leaving the White House at the end of the month, said Trump empowered women in business and politics.

“He confides in and consults us, respects our opinions, and insists that we are on equal footing with the men,” Conway said.

The emphasis on female supporters was not surprising. Polling has suggested that Trump is trailing Biden among women voters in several swing states.

WOMACK REACTS
Talk Business & Politics summarized highlights from the Democratic National Convention last week and has reported on the Republican National Convention this week. Each night, a prominent party official or candidate has been asked for commentary and feedback on the evening’s events. 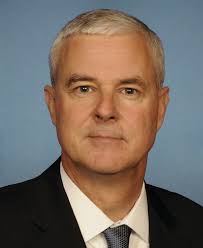 TB&P: What did you think of tonight’s GOP convention? Is this format good for communicating to voters?

Rep. Steve Womack: The convention has been well-produced and showcased the many different voices of our nation. While this year is most certainly different because of the many virtual aspects – the real and compelling stories of everyday Americans have connected viewers to the progress made under President Trump’s leadership. The bedrock of the United States is its people, and each night has put that on full display.

It’s sometimes hard to make virtual events dynamic, but I think they have done a great job overcoming those challenges by combining substantive policy and its real-life impacts. Whether delivered in-person or not, the contrast between agendas has been made. There is a clear choice in November, and I feel strongly that voters will be energized by the Republican priorities of continuing to build American strength, security, jobs, and freedom.

TB&P: What did you think of Vice President Pence’s remarks tonight?

Womack: Tonight, Vice President Pence delivered a powerful message that showcased our great history and the path forward to building a more perfect union. With the backdrop of Fort McHenry, the birthplace of the Star-Spangled Banner, he reminded us of the true American way. A country that embraces hard work and individual responsibility, upholds the rule of law, unleashes opportunity, and stands for our God-given liberties. The speech honored the great American story, one that has been built by the everyday heroes of each generation. Whether a nurse, trucker, firefighter, law enforcement officer, or teacher – we all play a critical role in our communities.

A particularly poignant moment was when Medal of Honor awardees, Purple Heart recipients, a Gold Star mother, several wounded warriors, and the family of fallen Federal Law Enforcement Officer Dave Patrick Underwood in the crowd were recognized. VP Pence went on to outline exactly what is at stake in November: freedom versus more government control; opportunity versus burdensome taxes; liberty versus socialism; order versus chaos; a strong defense versus leading from behind.

TB&P: Who else or what else impressed you this evening?

Womack: The emphasis on Americans from all walks of life is what really stood out tonight. From Scott Dane, a logger and trucker, and Clarence Henderson, a civil rights advocate, to Chen Guangcheng, a blind legal activist who was persecuted by Chinese authorities and received asylum in the U.S., we saw the many different threads that make the fabric of our nation.