Northwest Arkansas Regional Airport (XNA) continues to give the Arkansas Department of Transportation (ArDOT) more responsibility in the development of a new road leading to the Highfill airport.

XNA board members agreed Wednesday (Aug. 21) to allow ArDOT to design the road. The plan for the road is to connect Arkansas Highway 612 to state Highway 264. Also, XNA CEO Aaron Burkes noted the road would be referred to as a connector, instead of an access road, because a connector allows for more potential funding.

Board members previously agreed to allow ArDOT to complete the environmental study, which is ongoing.

Burkes said the hope is for the road project to become a state project. It’s expected to be listed as part of the next road program that voters will decide on. In 2012, voters approved a half-cent sales tax to pay for projects in the Connecting Arkansas Program. The tax is expected to expire in 2023. The state legislature in March approved Gov. Asa Hutchinson’s highway plan that is expected to raise $300 million annually for highway projects. About two-thirds of that amount hinges on whether voters approve an extension to the half-cent sales tax. The vote is expected to take place in 2020.

Springdale businessman Philip Taldo, who is an XNA board member and a state highway commissioner, explained that the projects in the next highway program are over a 20-year period. He does expect priority to be put on projects such as the road to the airport and hopes to see it underway within the first five years of the program. Details of the road projects in the next road program are expected to be released later this year, possibly in November, he said.

Construction of the connector to the airport is expected to cost $30 million. The total cost of the project, which includes design and land purchases, ranges between $60 million and $82 million, Burkes said. Road work would include long bridges over the Osage and Little Osage rivers, he said.

XNA also recently received guidance from the Federal Aviation Administration (FAA) on whether it could use airport money to pay for the road. Burkes explained the amount of money the airport could spend on the road would depend on how many airport passengers use it. The airport has budgeted to spend $20 million on the road project. It also has $12.6 million in federal highway money available for the project. The airport would be required to match 20% of that amount.

ArDOT has selected Garver as a consultant for the environmental and design work on the project, said Tim House, director of planning, programming, design, engineering and construction for XNA.

XNA previously expanded the scope of the road project to be more than a “long driveway” to the airport. Plans for the road were to run south from XNA for about 3 miles to where it would intersect with a future segment of Highway 612, or the U.S. Highway 412 bypass. 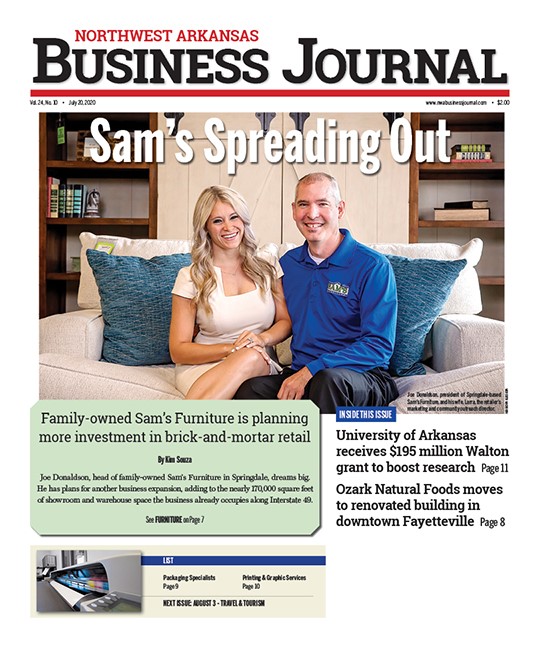