“Former State Senator Linda Collins-Smith was reportedly shot to death at her home in Pocahontas. Officials were called to the home just after seven, after a neighbor told local media outlets they heard a gunshot. According to law enforcement, the shooting did not appear to be self-inflicted. State and federal officials are continuing their investigation.”

From the Spring River Chronicle in Hardy:

“Law enforcement in Randolph County has confirmed that former Senator Linda Collins-Smith was found dead in her home in Pocahontas around 7:15 PM of an apparent gunshot wound. Currently, there are several Randolph County deputies, the coroner and Arkansas Game and Fish officers on site with their dogs according to a witness at the scene.”

There are conflicting reports of where her body was found and how long she may have been deceased. The state Crime Lab is reportedly on the scene and investigating the death as a possible murder. 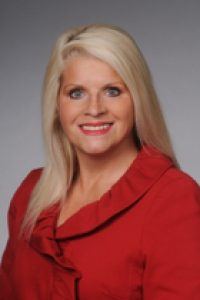 Collins-Smith was a former member of the Arkansas State Senate representing District 19. She was defeated for re-election in the GOP primary on May 22, 2018 after being first elected to the Senate in 2014.

UPDATE
A female body believed to be former State Sen. Linda Collins-Smith has not been positively identified, Randolph County Sheriff Kevin Bell said Wednesday (June 5). The body had decomposed to the point that it was difficult to confirm who the person was, the sheriff said. It was found in Collins-Smith’s Pocahontas-area home the day before at around 5:45 p.m.

Bell said the body has been sent to the Arkansas State Crime Lab for an autopsy and identification. The sheriff didn’t say how the woman died or if there were any suspects. Multiple sources have told Talk Business & Politics that the woman died from a gunshot wound to the head. Circuit Court Judge Harold Erwin has issued a gag order in the case, and any documents relating to the investigation are under seal. The Arkansas State Police and the Randolph County Sheriff’s Department are investigating the case.