A Randolph County native has been selected as the new president at Black River Technical College, according to the school. Dr. Martin Eggensperger, vice chancellor for academic affairs at Arkansas State University Mountain Home, will assume his new duties at the beginning of the college fiscal year on July 1.

Eggensperger will replace former BRTC President Eric Turner who resigned July 30 to take a the president’s job at Southwest Baptist University in Bolivar, Mo. Interim President Jan Ziegler has been serving while the school vetted a permanent replacement. Eggensperger will reportedly be paid about $160,000 per year.

The announcement follows a four-month presidential search led by the seven-member board and assisted by a 22-member search committee composed of community members and BRTC vice presidents, faculty, staff, and students representing the four-county service area and both BRTC locations. 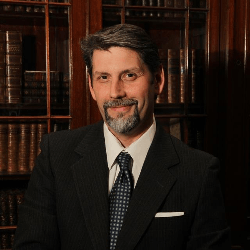 At ASU-Mountain Home, he has led HLC reaccreditation efforts, guided strategic planning, and leads all academic programming. During this time, ASUMH was recognized by the Aspen Institute for Community College Excellence, and placed on the Chronicle of Higher Education’s 2018 list of top 25 community colleges in the nation for student success, according to BRTC.

BRTC was founded as a vocational and technical school in 1972. The school offers 27 certificate programs and 16 associate degree programs. It has 308,000-square-feet of classroom, and other usable, indoor space, and has 23 buildings that sit on 100 acres. The college also operates a satellite campus in Paragould.