The Northeast Arkansas Regional Intermodal Facilities Authority (NARIFA) has selected Graycen Bigger as its new executive director. Bigger told Talk Business & Politics she will start work immediately. Bigger is a former photojournalist at the Jonesboro Sun and a former reporter at Arkansas Business.

She will remain the director for placemaking for the Cherokee Village Community Developer. An Arkansas State University alumnus, Bigger completed her masters of arts in art business at Sotheby’s Institute of Art in New York City. Marketing the NARIFA organization, meeting with partners, developing small businesses, and increasing wage growth are among Bigger’s goals.

“We can’t continue to keep growing without wage growth,” she said.

NARIFA was formed in 2009 to stimulate job creation and economic development in northeast Arkansas. At one time, the organization included Corning, Hoxie, Pocahontas, Walnut Ridge and three counties — Clay, Lawrence and Randolph. Membership fees are $10,000 per year, per entity. Hoxie and Clay counties have bowed out of the organization.

NARIFA was instrumental in landing the Peco Foods poultry processing plant and hatchery in Pocahontas that opened last year. The $165 million plant employs more than 1,000 workers. A $35 million feed mill to support the company’s Northeast Arkansas poultry operations was opened in Corning. Since the project was announced in 2014, NARIFA has not had a major jobs project.

Historically low unemployment and a lack of housing in the region mean a project on the scale of Peco Foods is not likely at this time, she said. Developing small businesses, ones that employ up to 50 people and pay good wages, will be a priority, she said. 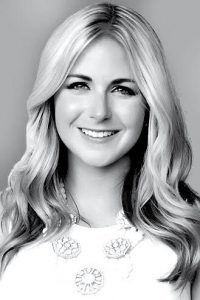 Her first tasks will be to meet with civic and business leaders in each community to assess needs, strengths, and weaknesses. Manufacturing, logistics and agriculture-related businesses will be targets, she said.

One goal will be to expand membership with other cities and counties. At some point, Bigger hopes to meet with civic leaders from members that have been lost in recent years and she hopes to bring them back into the fold.

Developing a comprehensive marketing strategy will be among her goals in her first year. Bigger plans to examine the organization’s marketing efforts in the past and she plans to find ways to accentuate the area’s attributes.

“I am excited and grateful for this new opportunity to represent the Northeast Arkansas Regional Intermodal Authority,” Bigger said. “This part of the state has strong potential for industry growth, and they have seen some large manufacturing, distribution and agricultural investments over the past few years. I look forward to working with community, business and agency leaders to bring new business to our regional area while making the intermodal authority a catalyst for substantial economic growth.”