When looking for inspiration, one doesn’t have to look much further than Central Arkansas. Cara Brookins, a computer programmer/systems analyst is also an accomplished author and motivational speaker.

In addition to being an author, Brookins gives motivational lectures and speaks at national writers’ conferences including Thrillerfest, Killer Nashville, the Arkansas Literary Festival, and Bouchercon as well as lecturing at universities across the country discussing writing and social media.

Finally, Brookins and her four children launched a social media consulting company, MySocialFam, which markets social media services to writers. Along with Cara Brookins are her sons Roman and Drew, daughters Jada and Hope and the family pet, Peek-A-Book. Together they form a team of entrepreneurs helping others reach their goals.

Talk Business & Politics’ Todd Jones had a chance to visit with Brookins and ask her a few questions about her experiences in entrepreneurship.

TB&P: What was your favorite subject in school?

Cara Brookins: Scan my book titles and you’ll see that I’m fascinated by just about everything. I was a painfully shy kid and did my best to vanish. Sticking your nose in a book turns out to be a pretty effective way to blend into the scenery, so that’s where I hung out.

I was definitely the kid who loved the reading element of every subject, which leaves math out, so I hid novels in my math textbook and quickly fell behind — doubling my loathing of equations. I also loved a good argument, anything that showed different sides of a topic to challenge my opinion.

Again, this was pretty much everything except math. Science, art, history, I still absolutely love learning. The best part about being an author is researching a huge variety of subjects in extreme detail. Clearly, I should have just answered, “yes” to this question.

TB&P: What was your first job?

Brookins: In high school, I was very poor and joined a program that allowed me to work part of the school day. I started as a cashier at a department store called Alco. I constantly wandered away from my register between customers. I straightened merchandise, loaded shelves, fixed price tag guns, and ticked off inventory sheets.

The manager didn’t waste time calling me to his office where I was sure he’d ask me to turn in my ugly orange smock and hit the road. Instead, he moved me to work in the electronics and seasonal departments where I stocked merchandise like a fiend. Even then I was a story-teller, making up long sagas about frequent customers, especially the elderly.

I’ve always preferred items and people with a complex history over the shiny and new. Untangling the mystery of what might have happened really sparks my imagination.

TB&P: What book had the biggest impact on you?

Brookins: In my writing, my memoir Rise was the most difficult thing I’ll ever write. The memoir includes dark scenes of domestic violence and the empowering story of my kids and me building a house by ourselves.

The first book I read that made a huge impact was when I was 11 and found Zenna Henderson’s Pilgrimage. It was the first time, I felt so completely connected to the characters of a novel that I was determined to write my own worlds. She created this amazing group of people who had crashed to earth in spaceships and dispersed among humans. Generations later, many didn’t know their history and discovered they had some cool powers.

A big part of the appeal was likely the way her extreme outsiders paralleled my awkward, shy, misfit self. And of course, having learned to read with comic books, I have a deep-rooted desire to wake up with superpowers. Tied with that book is an ancient secretary’s guide to typing. I hid in the basement with that book and an antique Royal typewriter and learned to type around the second grade.

TB&P: What do you like about the current Arkansas entrepreneurial ecosystem?

Brookins: I love that Arkansas is small enough for everyone to know everyone. It creates a community where people across different industries can support each other in their endeavors. That familiarity is especially valuable now that so much of our work has moved to the global marketplace.

I travel quite a bit and speak at conferences across the country, and if I run into an Arkansan in any other state I know that’s the person I’ll go to if I need anything, and they feel like they can lean on me, too. Larger cities and states have lost that sense of comradery. It all goes back to community.

TB&P: What are your top three pieces of advice for other entrepreneurs?

Very few people dream as big as they should. If your dream feels possible, you should multiply it by at least ten. Reach impossibly high and challenge yourself to get there. When you have goals and drive, many people will give you reasons to quit and destroy your confidence. Don’t listen to them, not even your family members. Plug your ears and keep moving toward your passion. And remember that the size of your effort has to equal the size of your dream in order to succeed. What does that mean? It means that the dreams we’re talking about don’t happen when you sleep. Success takes a lot of work. Putting in long hours doesn’t feel like hard work if you can make your passions into your day job. Fight for that goal.

TB&P: What are your top five apps or tools to help with productivity?

Brookins: The top tool for every entrepreneur is Twitter. There is no other way to actively target an unlimited global market as well as global networking opportunities. Every single event I attend has me instantly finding dozens of people who I’ve already connected with on Twitter. That kind of instant recognition and connection is invaluable.

Evernote/Dropbox are my favorite way to sync my own notes and ideas across multiple devices and with multiple people.

All Hours is the only way I can convert the timezone of my next podcast interview or video appearance in Europe or Los Angeles. This is especially useful with multiple participants in different parts of the world.

Voice Dream is one most people don’t know about but I love. It basically just reads texts to me. I can open a full manuscript and select a voice to read it to me. I don’t know how I’d edit books without it. Hearing the alliteration of a sentence read by an impartial voice is a wonderful writing tool.

Lastly, find a ridiculous game you can turn to when you need to escape. I don’t use it often, but now and then I turn on an audiobook and tap through a brainless game to unwind.

Oh, and full disclosure: Everything would fall apart without Find My iPhone.

Brookins’ latest book is Rise, a memoir about leaving a domestic violence situation with her four children and building Inkwell Manor, their 3,500 square foot home, from the ground up with their own hands. Rise sold at auction in a North American rights deal to St. Martin’s Press and will be released in the fall of 2016.

You can connect with Cara Brookins on Twitter via her username @cmbrookins. 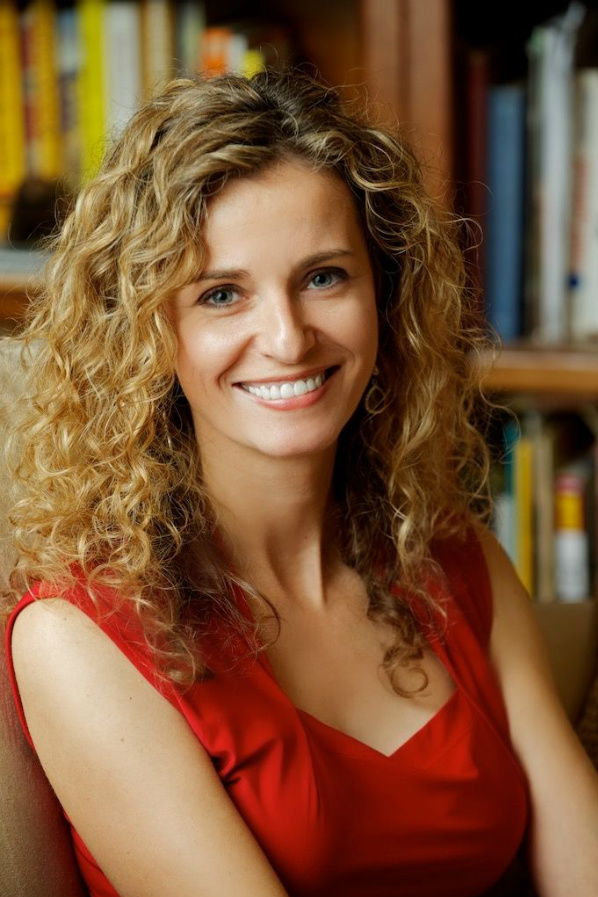