You haven’t seen much out of Gov. Asa Hutchinson’s public schedule the last two days.

That’s because the new Arkansas governor has been on the West Coast for a little R & R. Not “rest and relaxation,” but for a few “rendezvous and recruitment.”

Governor Asa Hutchinson and Mike Preston, Executive Director of the Arkansas Economic Development Commission, are in California this week meeting with approximately ten Silicon Valley-based companies. This recruitment trip was planned recently as a result of the heightened interest Arkansas is receiving from tech companies due to the Governor’s computer coding initiative.

The Governor’s Office and state economic development leaders have received a significant amount of positive feedback and interest from companies following the national media attention this initiative is receiving.

Dave Wengel, Founder and CEO of iDatafy and a member of the Governor’s Computer Science Task Force, is also a member of this delegation. This team will return to Arkansas Friday following two days of meetings.

I’m looking forward to the next Q&A with the governor.

Hutchinson pushed for a new computer coding initiative in Arkansas schools in the most recent legislative session. He has said that one of his educational visions is for 20% of Arkansas students to eventually take computer coding classes while in high school.

Hutchinson contends this could put thousands of computer coders into the Arkansas economy annually. Earlier this week, he continued his speaker tour across the state urging students and communities to take advantage of the upcoming push.

Charles Morgan is not only the former CEO of Acxiom Corp., but he recently relocated two tech firms that he’s involved with – PrivacyStar and Inuvo – from Conway, Arkansas to downtown Little Rock’s burgeoning tech sector corridor. 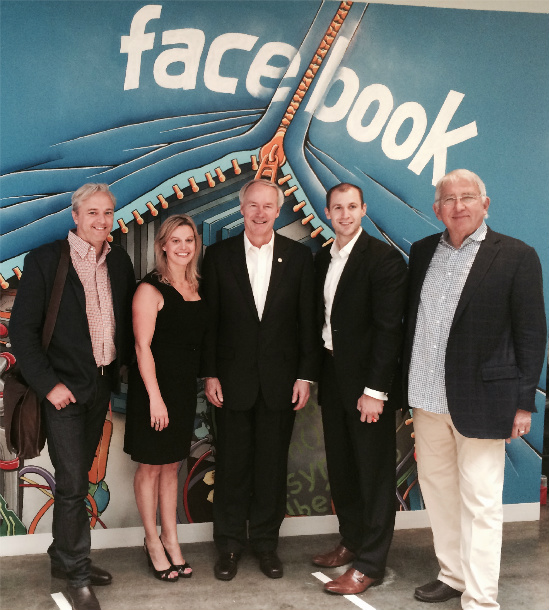