The Independent Citizens Commission studying potential raises for elected officials as result of the recently passed Amendment 94 seems to have found some consensus for salary recommendations.

The panel met Friday to tentatively approve recommendations for pay for legislators, constitutional officers, and judges.

All elected officials except the Lt. Governor’s post were recommended for pay increases ranging from 11.39% to 153.22%. The legislator pay hike would eliminate the current practice of certain expense reimbursements that could amount to $14,400 annually.

The commission meets Monday, Feb. 2 to officially vote on the recommendations.

Here is a breakdown of the pay panel’s recommendations: 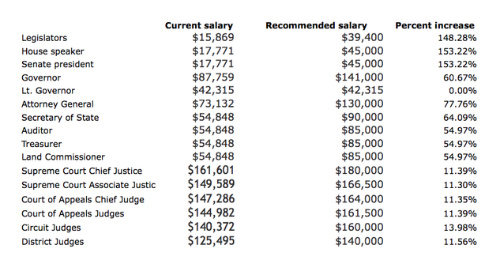