Republican Presidential candidate Herman Cain spoke Thursday evening to a record northwest Arkansas crowd, which he brought to their feet with several standing ovations during his lively speech.  Cain arrived in Arkansas leading in most national polls by several points over Mitt Romney.

"Thank you for making this the most successful Washington County Lincoln Day Dinner ever," organizer Robin Lundstrum told the crowd. She noted some of their past speakers have included Bill O’Reilly, Mike Huckabee, Steve Forbes, Newt Gingrich, and Bobby Jindal. Tonight’s event was the largest with over 1,450 tickets sold.

An assorted mix of Republican officials were on hand, some supporting Cain, some others, and some undecideds. Arkansas Land Commissioner John Thurston sported a Herman Cain 2012 button and said that he is impressed with Cain, who is likely to get his vote.

Lieutenant Governor Mark Darr, who endorsed Romney, was also in attendance, but said that Cain brought a lot of business expertise to the race as a "fellow pizza man."  Darr owns a pizza restaurant in Northwest Arkansas. State Rep. Charlie Collins, R-Fayetteville, wore his Perry for President button to the event. He said he believed Perry was going to bounce back once people found out more about his record of creating jobs in Texas. Cain sat at a table between Sen. John Boozman and Secretary of State Mark Martin, both from northwest Arkansas.  Neither has indicated who they support for President.

"I feel right at home here, not only on this trip, but every trip I have made to Arkansas," said Cain. "You truly understand Southern hospitality."

"The American dream has been hijacked, but we can take it back," said Cain, who accused liberals of hijacking the American dream.  He addressed the economic and military strengths that people attribute to the United States saying that we can restore America’s greatness again.

Cain said one of the things that makes America great is our ability to change when we have to make a change.  Cain spoke about great leaders in the past – such as John F. Kennedy, Ronald Reagan, and Martin Luther King, Jr., who were bold to propose major changes.  "The American people are itching for some major change in this country," said Cain."We have a severe deficiency of leadership crisis in the White House."

Cain spent a lot of time talking about his foreign policy philosophy, which he called "The Cain Philosophy," characterized as "peace through strength with clarity."  He said that we have to make clear who our friends are around the world and quit giving money to our enemies.

Cain also highlighted his business background saying that he understands how to fix the economy better than President Obama.  He talked about his plan to throw out the tax code and replace it with his 999 plan.  The crowd, familiar with the plan, said the words "999" along with Cain.  The plan would set income tax and corporate tax rates at 9 percent and create a new 9 percent sales tax.  Cain criticized the analysis of his 999 plan from the Tax Policy Center calling it "a liberal hit group" that put out their critique hours before the debate.

"In 2012, you and I are going to tell President Obama to hit the highway," said Cain.  But he cautioned the crowd to "stay informed because stupid people are ruining America."

A couple of dozen Occupy Wall Street protesters gathered outside the event and Herman Cain addressed them during his speech. "Nobody knows what their cause is," said Cain, telling them to "go home and get a job and a life."

Cain said the pundits did not expect him to win until his surprise first place showing in the Florida straw poll, but now many are beginning the listen.  He credited his rise in the polls to the "voice of the Tea Party."

Cain’s appearance in Arkansas, which has a late May primary, is a rare one for a Presidential frontrunner, but a sell-out crowd in Springdale got a closer look at the national GOP poll leader tonight.

UPDATE – Several have asked for Herman Cain’s whole speech on Thursday in Springdale so here it is.

Cain says that the American Dream has been hijacked by liberals.

Cain discusses the economy and his 999 plan.

Cain on his inspiration for running for President (includes full context on his comments on Occupy Wall Street protesters.)

Cain says his rise in the polls is because he has become the voice of the people. 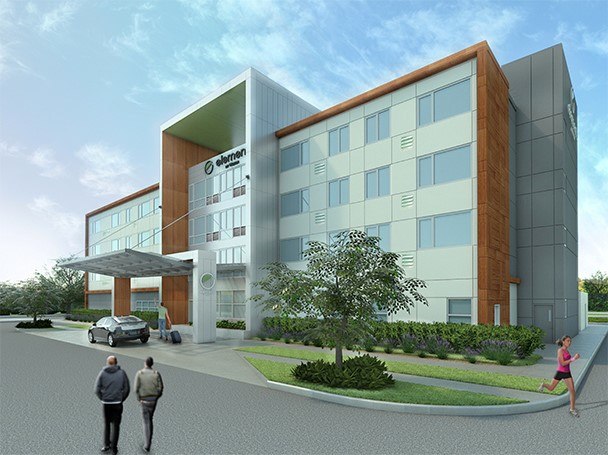